Two of My Favorites

The Savage Model 99 Rifle and the Winchester Model 42 Shotgun

Every old gun collector must decide what exactly they want to have in their collection. It actually took me years to come to the decision of trying to narrow the scope of my collection to the Post-War Baby Boom Period of 1946 to 1964.

"These two firearms are exceptional examples of a by-gone era." 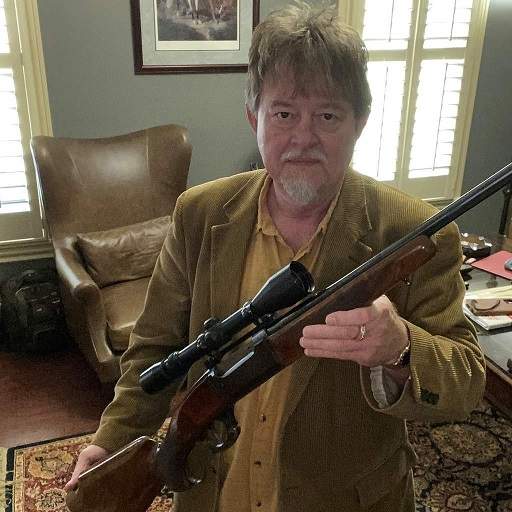 The first thing I did after buying my Model 99 .250-3000 was order a copy of David Royal's book, A Collector's Guide to the Savage 99 Rifle and its Predecessors, the Model 1895 and 1899. This is the first book to cover every aspect of the Savage 99 family of centerfire rifles from the prototypes to the last rifle produced. 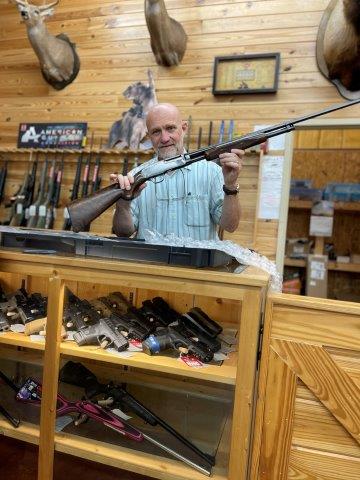 The first thing I did after buying my Model 42 was buy a copy of Ned Schwing's book, Winchester Model 42. This book ranks near the top as one of the all-time favorite collector firearms. Author Ned Schwing gives you the most accurate and complete book on the Model 42 ever written.

The Model 42 Winchester .410 Slide-Action Shotgun is not a scaled down version of the 12 gauge Model 12 shotgun. This gun is a completely unique design and was the first pump shotgun chambered for .410 and the 3" shells.

The Winchester and Savage brands are representative of the best American long guns of the Baby Boom Period. Of course you will see Remington shotguns and rifles in these pages as well. Abercrombie & Fitch were the biggest and best hunting and fishing outfitters of this time frame, and although they weren't a manufacturer, they commissioned guns to be made in Italy by several of the best Italian gunmakers.

In the history of rifles, or long guns, the first repeating firearms were introduced as military weapons in the Civil War. The lever-action 1860 Henry was allegedly called by Confederate soldiers, "that damned Yankee rifle that they load on Sunday and shoot all week!"

The requirements of military forces drove the development of firearms. In the late 1800s, designers of rifles were drawn to the advantages of magazine-fed bolt-action weapons. Three major bolt-action system designs dominate: the Mauser system—considered the strongest action design, the British Lee-Enfield system and the Russian Mosin-Nagant system.

The Mauser system has stood as a world standard in bolt-action long guns. With few changes, it is the design used in most modern sporting rifles; for example, the iconic Model 70 Winchester. Paul Mauser’s solid bolt-action design is present in the M1903 Springfield, the weapon most desired by the doughboys of WWI. It is chambered for the 30-06 Springfield round and normally fed by stripper clips of five cartridges. The weapon was used extensively in WWII and the Korean War. Some U.S. sniper units used the M1903 as late as the Vietnam War. Sporterized versions are still in use for hunting. 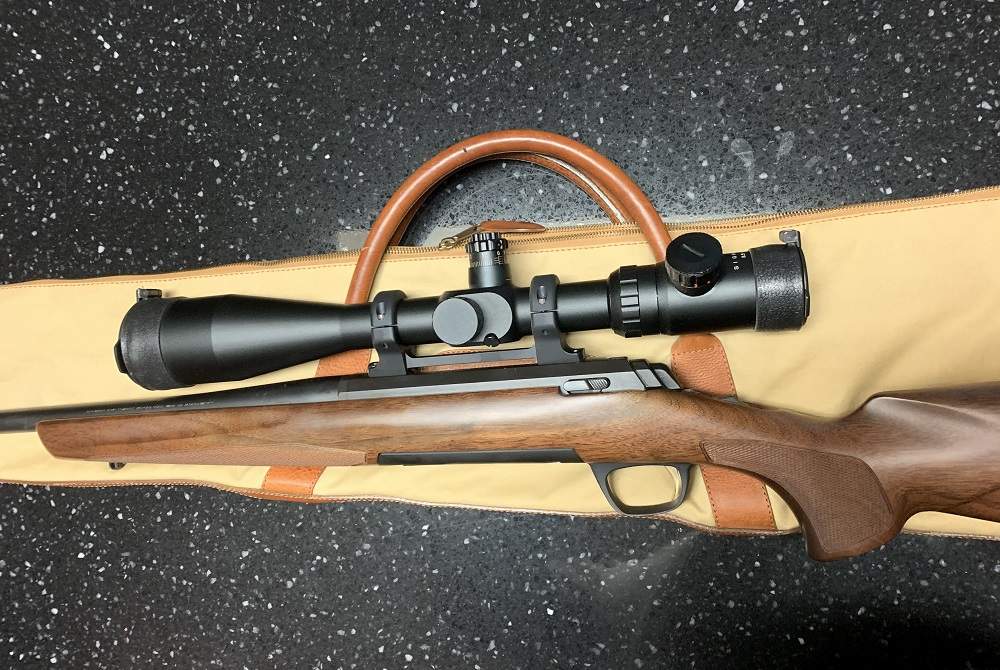 Although the name would indicate otherwise, the Mauser system is also used in the M1917 Enfield. The "American Enfield", the rifle that may have been issued to more infantry troops than the 1903, acquitted itself well in the field.

There is a continuing dispute as to which rifle Sergeant Alvin York was carrying during the fateful day in October of 1918 when his actions earned him the Medal of Honor. The Hollywood film, starring Gary Cooper, shows him with a Springfield ’03, though some say he was carrying the M1917 Enfield. A Tennessee university claims to have the exact M1917 in its collection. No one doubts that he carried, and used, an M1911 semi-automatic pistol.

A great gun collection doesn't have to consist of all high-dollar guns!

Although the Henry Repeater, which appeared during the Civil war, was the first practical lever-action repeating rifle; the world of lever action rifles only opened when Winchester introduced its steel-framed Model 1873. The rifle was chambered in the .44-40 (.44 caliber and 40 grains of black powder) centerfire cartridge and was truly the “gun that won the west.”

Ranchers, settlers lawmen, and yes, cowboys, were delighted to have a long gun that was lightweight, shot a number of rounds without reloading and was reliable, even though neglected. The fact that Colt offered a revolver chambered for the same ammunition added to the usefulness of the rifle.

The Winchester ’73 is the rifle moviegoers, even back in the days of silent film, saw mounted in the saddle holsters of the cowboys. The rifle’s action only required two strokes of the shooter’s hand to be ready to fire. The downward thrust of the lever ejected the spent round and cocked the external hammer. The returning upward pull seated a new round in the chamber and the rifle was ready to fire again. 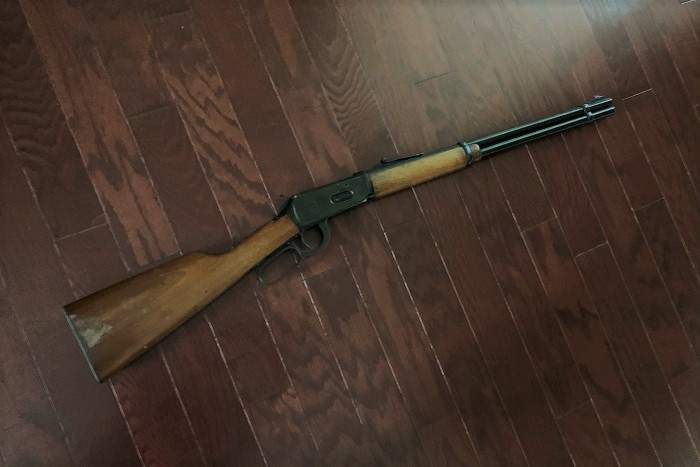 Shooters could easily operate the action while standing, kneeling or on horseback. The tubular magazine of the ’73, holding fifteen rounds rides just below the barrel, held in place by steel bands. It is the only rifle known to have inspired a movie—the 1950 film, starring Jimmy Stewart—Winchester ’73.

The Model ’73 easily eclipsed all other competitors until the famed John Moses Browning designed the Winchester Model 1894. It was originally chambered for another cartridge, but soon became the first civilian rifle to take advantage of the new smokeless powder in 1895 in the .30-30 cartridge, technically known as the .30 WCF (Winchester Centerfire Cartridge).

The name Winchester .30-30 is synonymous, for many hunters and sportsmen, with lever-action rifles. The model ’94 is unquestionably the best-selling hunting rifle in history, with more than seven million manufactured. Full production of the long gun only stopped in 2006.

Certainly, generations of hunters have been influenced by fathers and grandfathers who relied on the famed Winchester .30-30 as a deer rifle. It is also quite likely that the images of John Wayne and Chuck Conners resonated in the minds of sportsmen who were considering rifles. The lever action rifle is truly an American phenomenon.

But, there are drawbacks:

In many ways, the lever-action rifle is an American symbol. Hunters have more than 100 years of hunting tradition behind the long gun they carry and the shadow of the Old West is never far away. The term spitzer is an anglicized version of the German word meaning “pointy bullet.” These were developed in the late 19th century to provide better aerodynamics and longer ranges than the traditional round-nosed bullets. 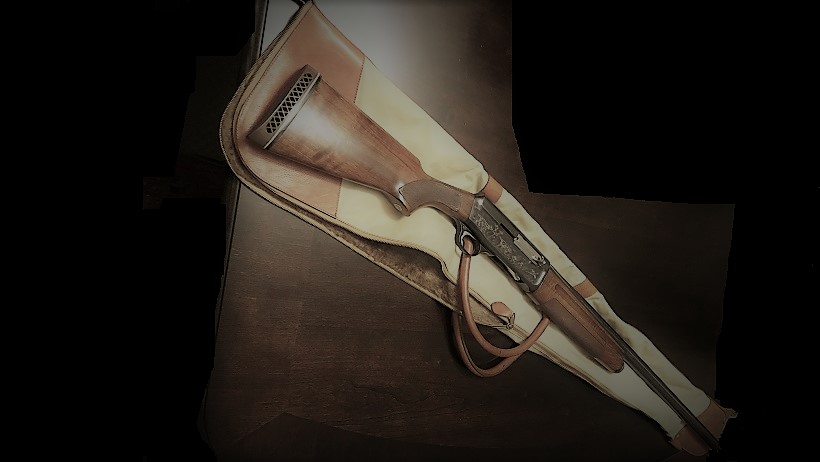 The Colt Semi-Auto Shotgun was manufactured for Colt by the firm of Luigi Franchi in Italy. It features an aluminum alloy receiver and is chambered for 12 or 20 gauge. The barrel length is 26", 28", 30" or 32" and came either with a vent rib and without or plain. According to the 2001 Standard Catalog of Firearms, The Collector's Price and Reference Guide, 11th Edition, there were approximately 5,300 manufactured between 1962 and 1966.

My gun pictured above, has the higher grade walnut, the Gold Colt Medallion on the grip of the stock and engraving scenes of dogs and pheasants on the right side and dogs and a rabbit on the left side. The serial number is C040001, making it the first of the 260 guns in the 4 series. There has to be an underlying reason for the deviation in serial numbers and that is one mystery I would like to solve.


Franchi produced 2,888 of the Standard Model Colt Semi-Auto 12 Gauge Shotgun from 1962 to 1966 in the following serial number range.


The Colt Custom Auto Custom Grade is a deluxe version of the Semi-Auto 12 Gauge Shotgun that features engraving and a higher grade wood than the Standard Model. Franchi produced 2,145 of these models.

My small Gun Collection consists of about 50% Long Guns and 50% Handguns.