The pump shotgun has a single barrel above a tube magazine which holds the shells. New rounds are chambered by pulling the pump handle (which is attached to the tube magazine) toward the user, then pushing it back into place in order to chamber the cartridge (in some cases this action may be reversed). The pump action simultaneously projects the most recently fired shell out of the ejection port. 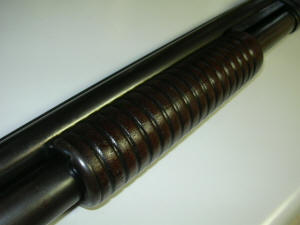 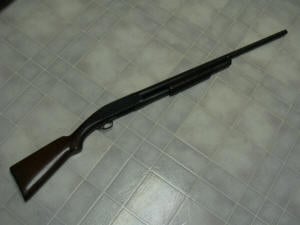 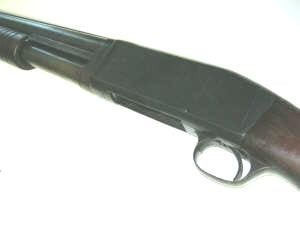 Remington, Browning and Parker Shotguns are my favorite Shotguns. The pump action shotgun was invented by John Browning, who favored it over the earlier lever-action shotgun that he had also designed. The distinctive sound of a pump action being cycled carries an inherent deterrent effect.

The History of Remington Shotguns

Remington is among America's most celebrated companies. Ever since 1816, they have led the way in the firearms industry, as well as many other industries. Legend has it that Eliphalet Remington II, the founder of Remington, thought he could make a superior gun to anything he could purchase. Thus, he set out to achieve this feat at his father's New York workshop.

During 1816, Eliphalet participated in a shooting competition using his homemade flintlock rifle. The rest, as they say, is history. Eliphalet only came 2nd, however his gun made an impression and Remington was conceived. Originally, the company was called E. Remington & Sons.

In the early 1900's, Remington started to make household utensils, clothing and hunting knives. During 1933, because of the great depression, the company offered Dupont a controlling share. Then, on the 24th May, Dupont acquired sixty percent of Remington. Subsequently, Dupont became the sole owners of Remington, and would remain so until 1993.

In 1934, with their acquisition of the Chamberlin Trap and Target Company, Remington became the industry leader for trap and target tools.

During 1940, the American government asked Remington to increase its' production of ammo, while several new plants were being constructed. The government planned to construct the plants and make Remington responsible for running them. A shrewd move, with the 2nd World War on the horizon. This speaks volumes about how highly regarded Remington was (and still is) by America.

Although the bottom-ejecting 1909 wasn't the biggest hit, it was that kind of innovation and creativity that later paid off.

In 1950, Remmington introduced a pump action shotgun that was a best seller. The "Wingmaster" Model 870 captured the imagination of the shotgun industry, and still outperforms the competition. Soon afterward, Remington developed the 1st plastic body shot shells. DuPont backed the research into the plastic.

The 1960's were not all about flower power, as Remington brought in a couple of their most famous models. In 1962, the bolt action Model 700 rifle emerged. Then, in 1963, the auto loading Model 1100 shotgun appeared. This latter model was 3 years in the making.

The 1909 is representative of a great company in action.

Almost a quarter of a century later, Remington introduced the 1187 Model. This model was an improvement on the 1100. When it 1st came out, the 1187 could accept up to a 3 inch shell. Nowadays, some versions of the 1187 can accept up to 3.5 inch magazines. Remington have manufactured more than 52 variations of the 1187, however the 1100 has regained popularity with target shooting enthusiasts.

The main USP is the company's patented gas system, which has pressure compensating benefits. Certainly, the 1187 is a practical, reliable and low recoil weapon that is a joy to use. With the dawn of the 21st century, Remington stayed true to form by introducing the most notable rifle and ammo development since self contained cartridges, the EtronX System. This is an electronic ignition mechanism for ammo and centerfire rifles.

It would take too long to list all of the products Remington has released this century. However, some of the highlights include the low cost, high performance rifle (2001), the Model 710, a revamped line of gun safes (2003), REM CHOKES (2002), the Model 1100 (2005), and the Premier Side by Side product line (2007), which were the 1st models of their type since 1910. Undoubtedly, for almost 2 centuries, Remington shotguns have defined the firearms industry.

$ SALE
Browse
Back To Top