When the Time Comes to Downsize

With age, there comes a time when you reevaluate certain things in your life. My wife and I were recently updating our wills when it occurred to me that my gun collection would likely be a burden to her in the event that something happened to me. In fact, I had guns stored in places that likely would not be discovered for a long time. It was right then that I decided that some house cleaning was in order.

The options available to me appeared to be very clear; I could sell them, give them away or do nothing and leave it to her to deal with. Like a lot of men that I've known over the years, that third option of doing nothing right now and delaying the inevitable was quite appealing. I could leave specific instructions on what to do, or hey, I could even create a Trust, put the gun collection in the Trust, dictate what would happen and really create a complicated and costly mess, not just for my wife but for as many family members and others, like my accountant and attorney that I wanted to involve. I did not like that thought at all.

When I was in business school at college, one of the things I learned that has been useful throughout my career was how to use a “Decision Matrix.” It’s a simple tool really. First you quantify three possible outcomes that represent a best possible outcome, a median outcome and a worst case outcome. Then you estimate the liklihood that each of those outcomes would be the result if you take the intended course of action. 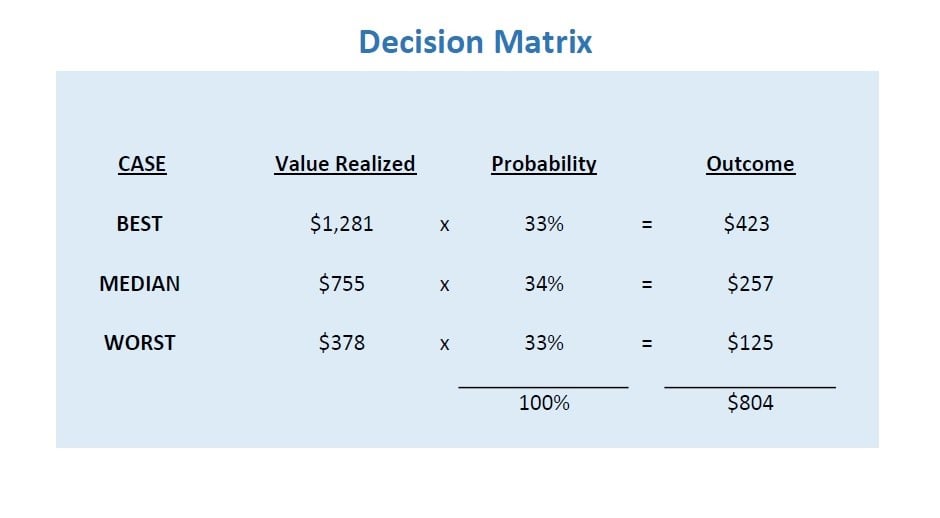 What did I think would happen if my wife liquidated the guns?

After quantifying the Best, Median and Worst Cases I assigned a probability or liklihood that my wife would realize each of those values. It is important to note that the Sum Total of the three probabilities must equal 100%. In my estimate I assumed that my wife would be equally as likely to get FMV, Cost or a 50% Loss in an orderly but fairly quick (30 days) liquidation.

Don't Get Me Wrong

My plan is to remain active in gun collecting and keep the Gun Blog going for a long time to come. Going forward I hope to keep the number of guns limited to two dozen. A dozen handguns and a dozen long guns. And I'm promising myself that I will stick to my original rule, No Safe Queens.

Maintaining a limit of six revolvers, six semi-automatics, six rifles and six shotguns will be challenging. But it also offers an opportunity to attempt to upgrade in every category while not taking one step forward and two steps back. In the future, expect to see more articles, photos and videos about shooting these old guns.

It was a surprise health issue that got my attention, part of growing older. And when I first began contemplating reducing the number of guns in a gun collection I wrote this blog article.


In the end, I decided to do some of all three: sell some, keep some and give some away.

When I first started collecting old guns about forty years ago, I made a self-imposed rule that I would not buy a gun that I wouldn't shoot. No Safe Queens! I violated my own rule so many times over the years. Well when it came time to sell some of the guns, the first ones I chose were the ones that I knew I would never shoot.

First I Gave Some Away to Family

Almost all of the family members had favorite shooters and when it comes to family, I wanted them to have a gun that they would use, not one that would simply become an object that they owned. A funny thing about objects we aquire in life, after a time the line becomes a tad blurry about whether we own the object or the object owns us.

Then I Sold Some

Every old gun collector has a friend that has said to him at some point, "if you ever decide to part with that gun I'd sure like to buy it." Those go easy. No dickering on price. You're happy that the gun has a good new home and you know that person will care for it and cherish it as you have. Those go fast and no losses there.

Then I started listing the straggler safe queens on an auction site as two-week penny auctions with no reserve until my wife started asking about what if they sold for less than what I had in them. Most of them I had high confidence in the market, but I took her advice as I went and either added a reserve or placed a higher starting bid on some.

I think my wife thought I was moving too fast with the partial liquidation.

And I Kept Some

She knows better than anyone how much I've enjoyed collecting, researching, shooting and cleaning these old guns. And I knew better than anyone that if I did not take that leap now while I was willing, I would leave it for her to deal with. And she will have plenty to deal with, without worrying about all these guns. 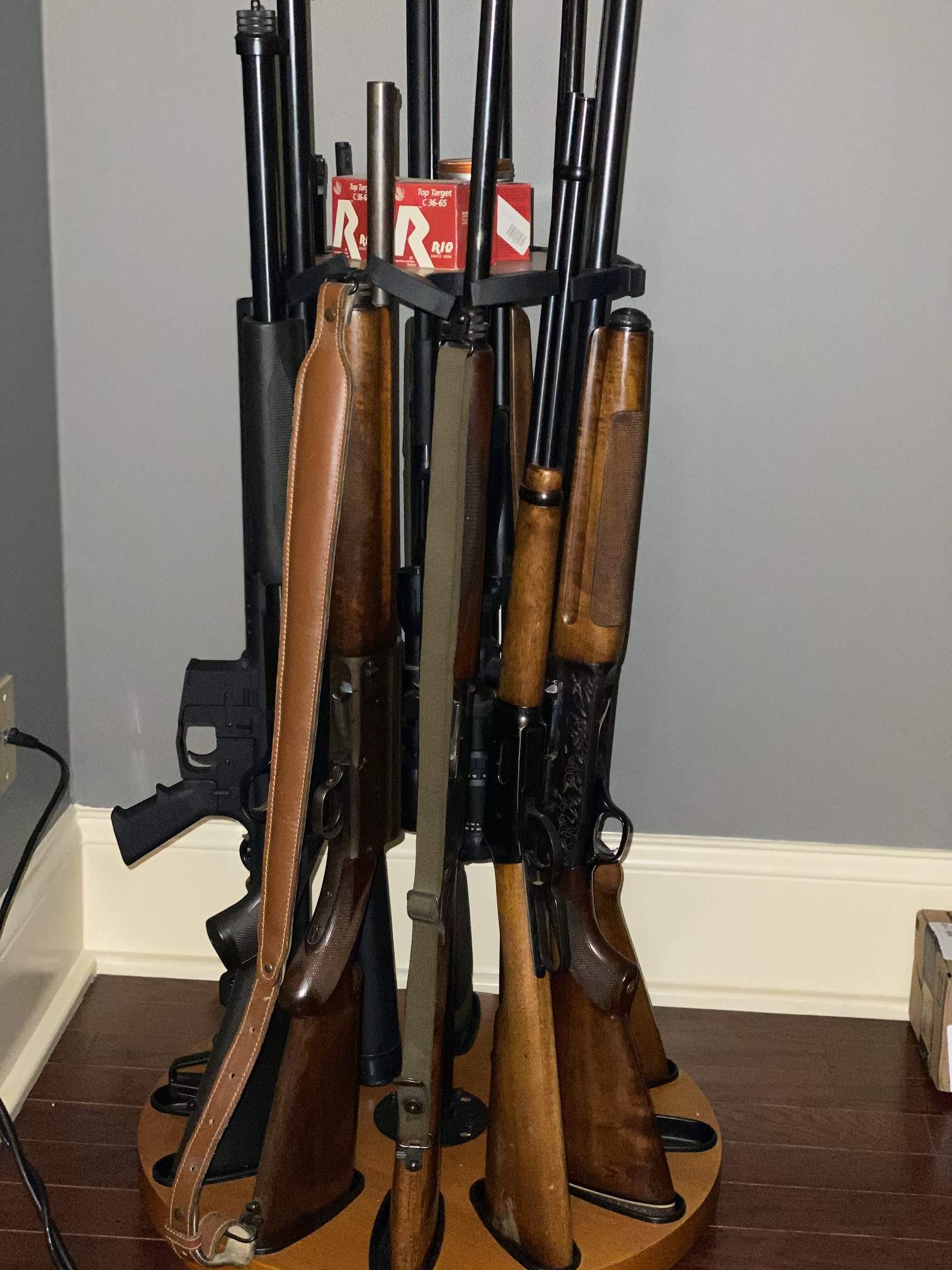 To some that seems like a lot, to others not so much. I can tell you that they don't look like a lot after having more than twice that number. In reality, that number is very manageble for my wife because all 12 of the long guns will be in one place, 8 of the handguns will be in my gun cabinet and she knows where the other 4 will be. I'm certain all will go to the kids and she will likely not sell any. But I'm not sure I can get down to only 24.

No more guns stored all over the place. Well, almost. I'm still working on it.