The .30-30 was America's first small-bore sporting rifle cartridge designed for smokeless powder. The .30-30 has established itself as one of the most common deer cartridges in North America. Although the original name is .30 WCF, the -30 in the designation was added to the name by Marlin, who did not want to put the name of rival Winchester on their rifles when they were chambered for the cartridge soon after its introduction. The -30 stands for the standard load of 30 grains of smokeless powder. Over time, Marlin's variation on the name stuck.

Then, Lewis Jennings bought the patents that Hunt owned in 1849, and put his own spin on Hunt's version of the rifle. This resulted in a somewhat more functional version of the firearm, which was produced in limited numbers by Robbins & Lawrence of Vermont in the mid-1800s.

A few years into the future, two gentlemen from Connecticut, Horace Smith and Daniel Wesson obtained the Jennings patent from Robbins & Lawrence. In 1855 the Volcanic Repeating Arms Company was founded by Smith and Wesson, along with several other investors. The purpose of this newly-formed company was to manufacture and distribute an updated, improved version of the Jennings firearm. One investor in the Volcanic Repeating Arms Company was Oliver Winchester. He was also the largest stockholder among them. However, the Winchester Lever Gun was still a bit in the future at this point.

The original repeating rifle developed by Walter Hunt in 1848 fired caseless ammunition, wherein the powder charge was in the hollow base of the bullet. It was not until the Volcanic rifle was being manufactured that changes were made to the original ammunition design. Horace Smith made the addition of a primer charge to Hunt's design, and made the first fixed metallic cartridges. These cartridges held the powder, primer, and bullet inside. Some time after that, Smith went on to add a copper case to hold the powder, primer, and bullet in the case rim. This is considered one of the most significant inventions in all of firearms history.

Even with the changes to the rifle and the ammunition, the Volcanic rifle did not enjoy much success. Due to this, Smith and Wesson left and formed their own company. Soon after, Volcanic went bankrupt. This was a lucky break for Oliver Winchester, as he made the good business decision to purchase the bankrupt firm's assets, and in 1857 went on to form the New Haven Arms Company.

Subsequently, Winchester Model 1873 was released and became one of the most successful and famous models. Model 1873 was available as a musket, carbine, or rifle. Many settlers on the Western frontier of the United States depended upon the Winchester Lever Gun, Model 1873, to defend their homes and families during that volatile time. Thus, the model became extremely popular, with nearly three-quarters of a million firearms produced. This is why Model 1873 is the gun attributed to winning the West.

Oliver Winchester's company went on to produce many more variations and models of the lever gun, many of which saw great success. Winchester is an American classic, as are the firearms produced under the Winchester name. These guns hold a very important place in our country's history.

In my opinion, it just doesn't get any better than this old Savage Model 99. It puts a smile on my face every time. 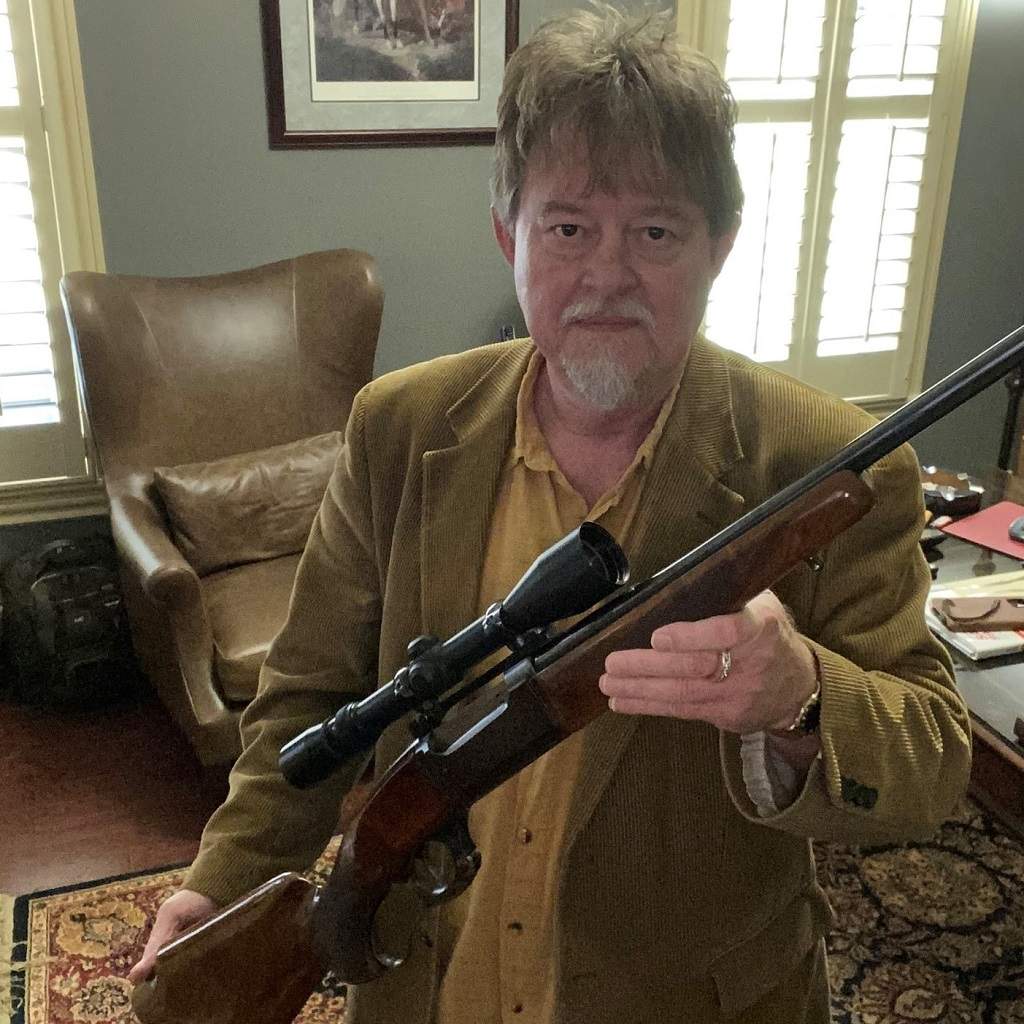 Author with his Savage Model 99

Later, it was also Arthur Savage who invented the detachable magazine. But this old internal rotating circular magazine is a thing of beauty.