The Colt Colt All American 2000 was produced from 1992 to 1994. Only 20,000 guns were made, so a gun that was considered a dismal failure by Colt standards ended up being pursued by collectors anyway. I purchased this unfired example, as new, in the box with papers for $750 in 2019. Oh, that price included three boxes of ammo. This was the first and only 9mm I've ever bought.

But before I had an opportunity to shoot some good photos, I had gifted it to my son who lives a good distance from us. He plans on taking it to a pistol range in the city where he lives and hopefully we'll get some good photos then. 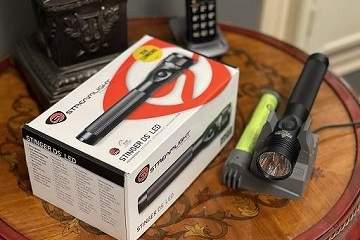 The combination of rechargeable batteries and the C4 LED results in one of the lowest operating...