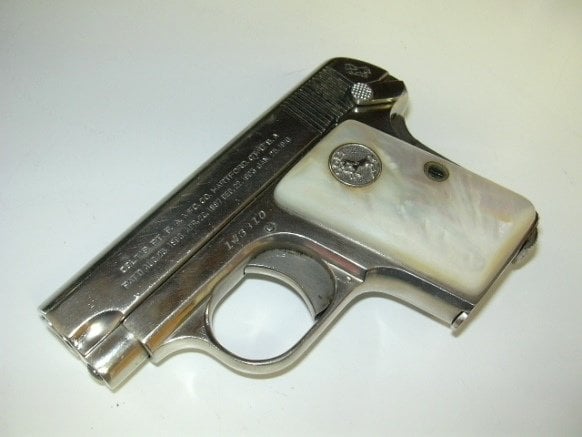 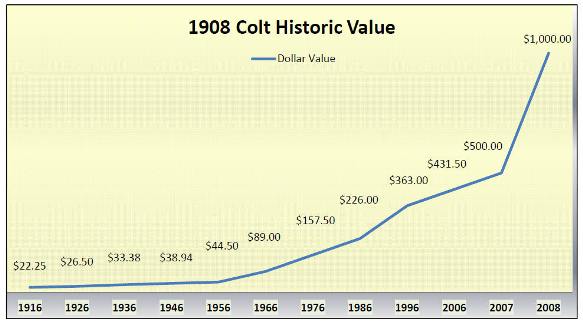 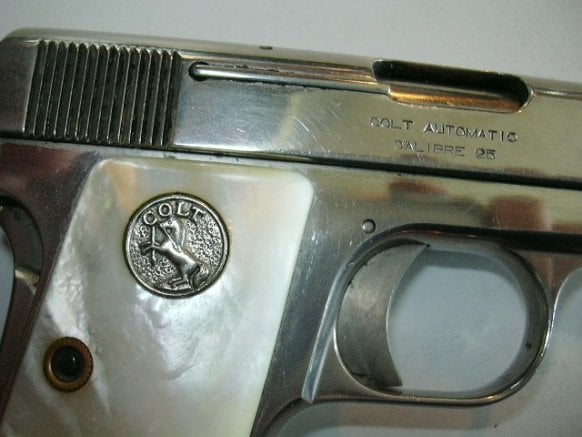 Important Note: I believe that the condition of the original nickel finish and the factory mother-of-pearl grips greatly influenced and enhanced the value of this gun. This graph clearly illustrates the slow growth in value during production years, then accelerated growth after Colt ceased production.

Whether I can attribute the market price increase entirely to the "Obama Reaction" (buying frenzy) is in question, although I like to think that it was certainly a factor. I'm sure that if I were 125 years old and had personally owned this gun for 92 of those years, I would have witnessed ups and downs that are not indicated on the graph. If we can't say the "Obama Price Bump" accounted for the entire gain, then I have to question my purchase price.

Was it a bargain purchase price when I bought it?

In retrospect, perhaps. The gun was purchased at a gun show from a dealer. I saw the gun on day one, a Saturday and it appealed to me but for some reason I did not buy it. On the following day when I returned to the event I went to see if it was still there. Sure enough it was. The price tag was $500 and the seller was firm on his price, so I paid him. Therefore I have first hand knowledge that the little gun was exposed to the market. There were many buyers there that Saturday and Sunday.

Did I get a better price by selling on the internet rather than locally?

I'm sure I got the best price selling online. I don't recall thinking that I had gotten a super bargain at the time I bought it. I did feel it was a good deal and that the gun should be worth more. I recall thinking that the grips alone might be worth a lot. There may be some market differences to account for here as well. I bought at a local gun show (big city) and sold on an internet auction (one bidder). Anytime I sell a gun like this (which is not often, except when Obama was elected), I go through a local FFL to transfer and ship. 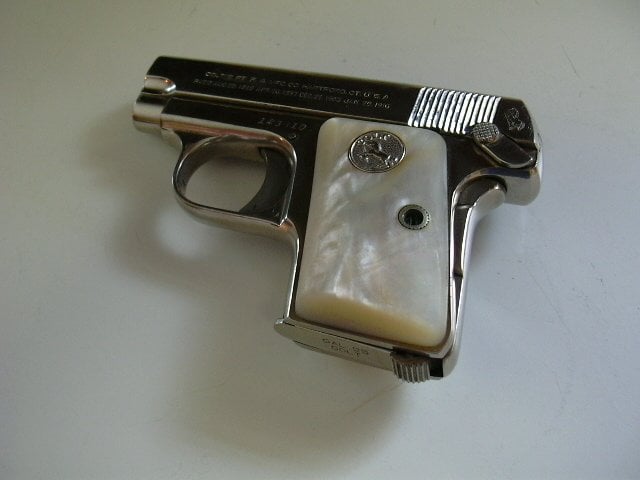 As with many guns over the years, I had "sellers' remorse" and regretted not ordering a letter from the Colt Archive. If one takes a stock market approach to gun collecting, buy low and sell high, then one sometimes has to exercise good judgment. In hindsight I feel I did the right thing. I decided a long time ago that I wouldn't collect a gun I couldn't fire if I wanted. Engaging the grip safety on this little gun was uncomfortable for me. It had nothing to do with the gun, just the fit of the gun in my hands.

When President Obama was first elected on November 4, 2008 I listed a good many of my guns on an online auction. The timing could not have been better. Thank goodness I had stocked up on ammunition long before that time because it more than doubled when he took office.

The serial number tables for this line are listed here. Some sources state that an additional 11,644 guns were produced from 1945-1948 when production resumed after WWII. If you own one of these guns I encourage you to call the Colt Archive at 1-800-962-COLT and order a letter of authentication. 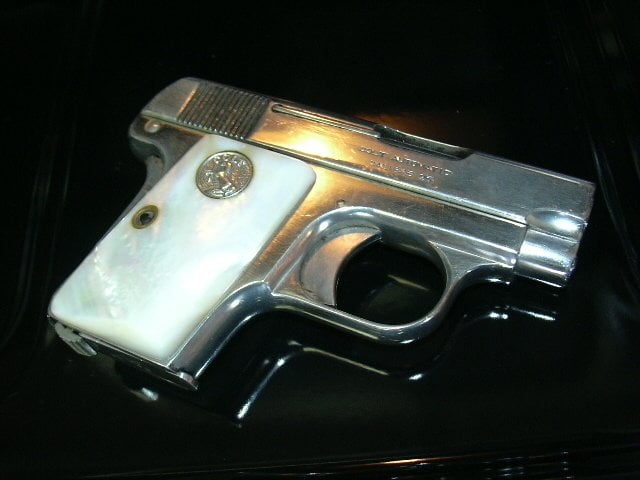 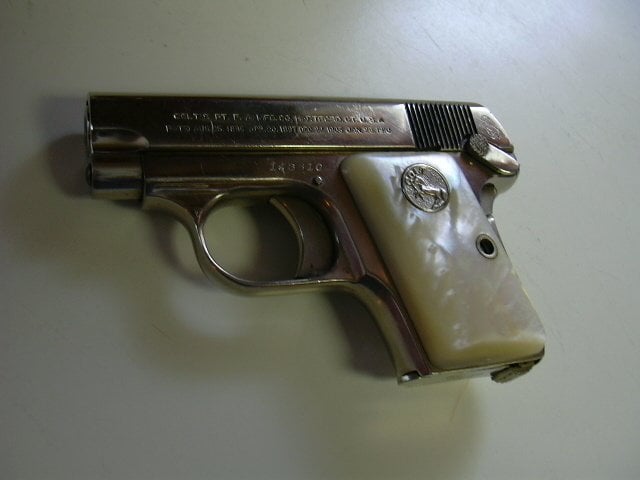 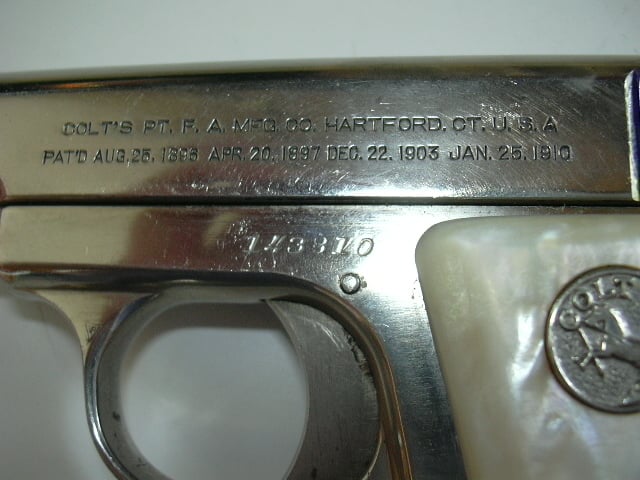 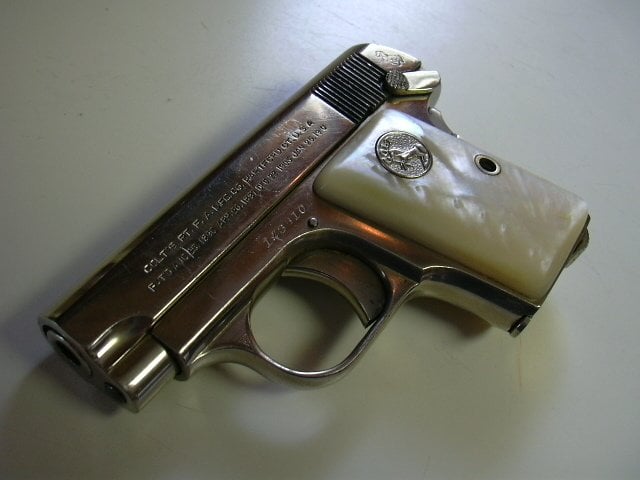