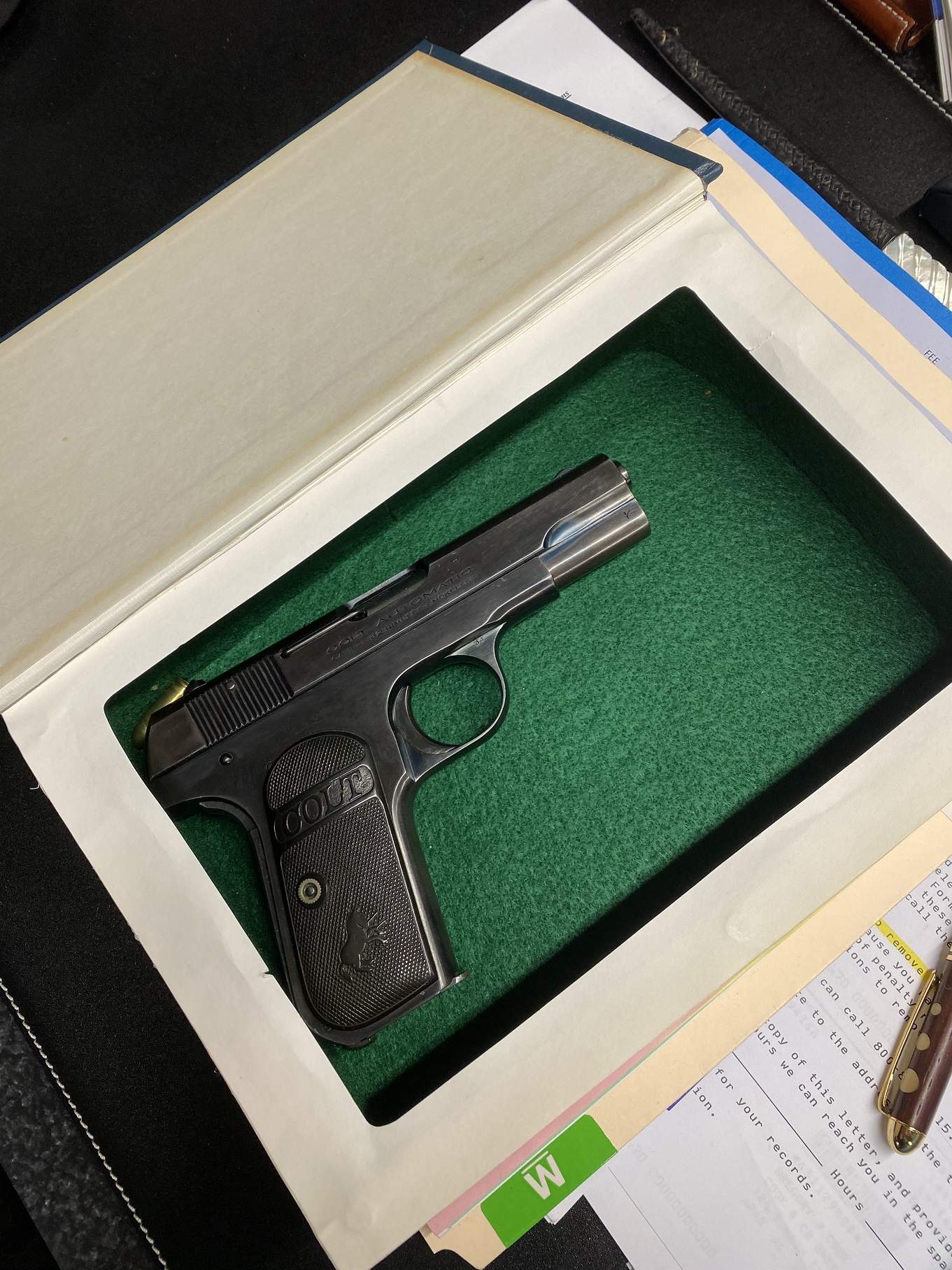 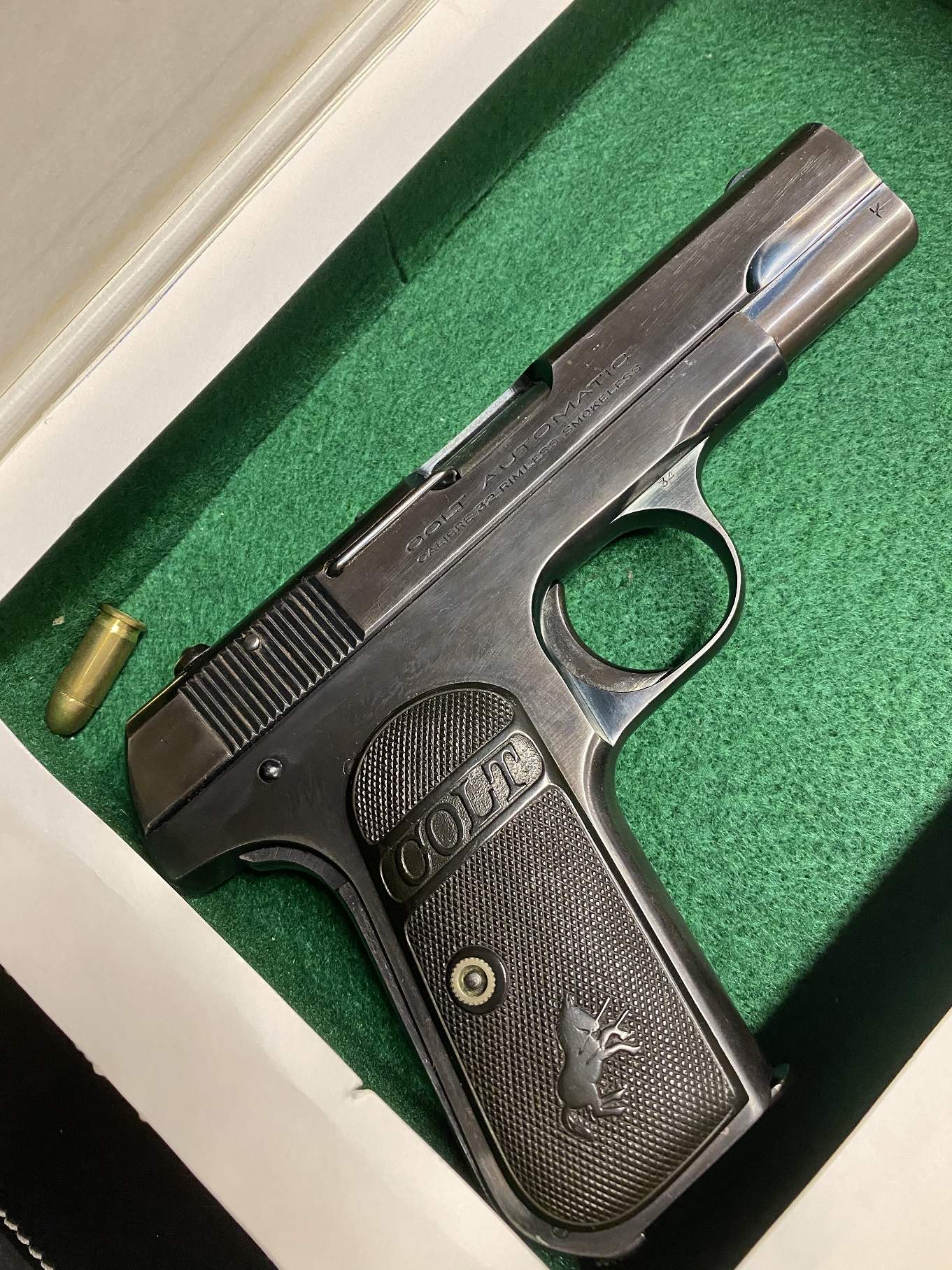 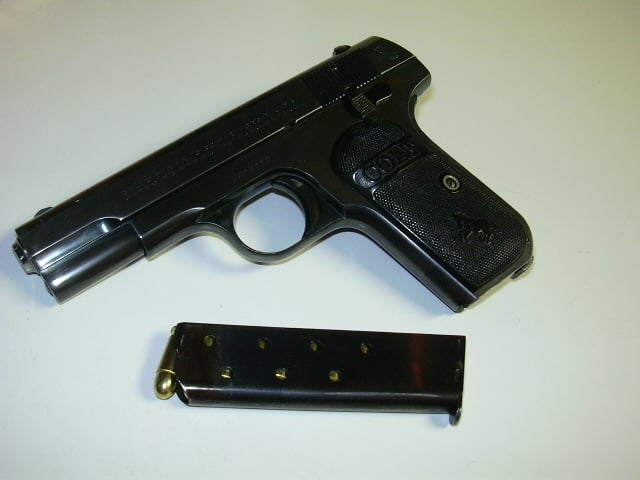 The Colt 1903 Pocket Hammerless .32 caliber (or 7.65 mm) was manufactured by Colt in Hartford, Ct from 1903 until 1945. The price of these guns varies depending on condition, features and history with provenance.

This gun was one of the last issued with checkered hard rubber grips with the "Rampant Colt" molded into them. In 1924 the grips were changed to checkered walnut with the Colt medallions. 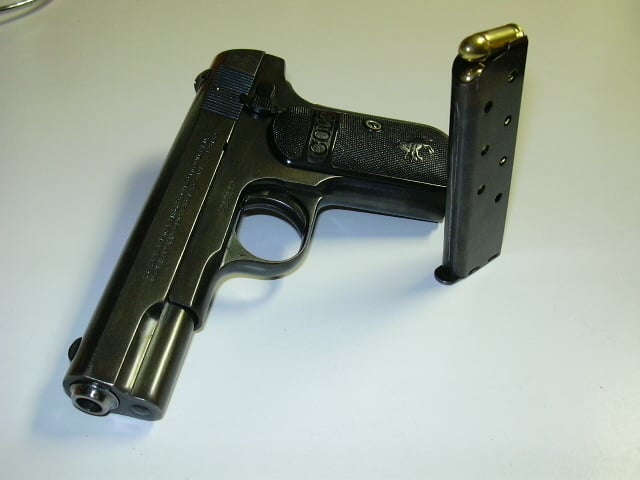 Note: ACP is the acronym for Automatic Colt Pistol. The name "Pocket Hammerless" is misleading in that the gun is not truly hammerless, but features a concealed hammer to prevent snagging on clothing. Humphrey Bogart used a similar gun in "Casa Blanca", "Key Largo" and "The Big Sleep" all in the 1940s. Bogart also used one in his next-to-last film "The Desperate Hours" in 1955. 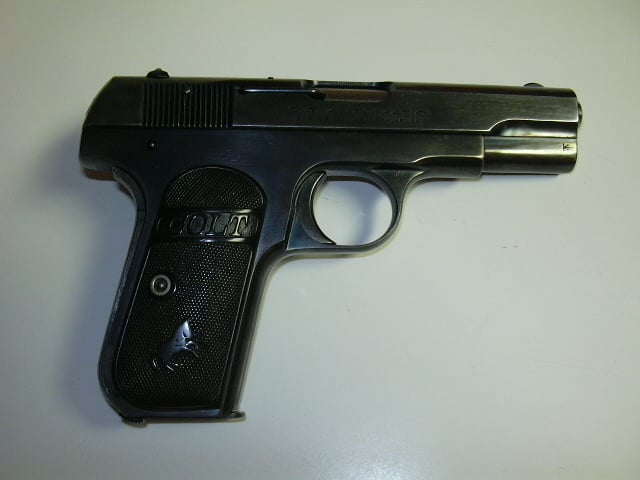 This is another gun that was designed by John Browning. These guns were used by the Office of Strategic Services (OSS), precusor of the CIA, during WWII. They were also issued to all General Officers of the United States Armed Forces from the 1940s until 1972.

The Pocket Hammerless: Was the best conceal carry gun of it's time. Many famous gangsters from that era used this gun; Al Capone, John Dillinger, Willie Sutton, Bonnie and Clyde. 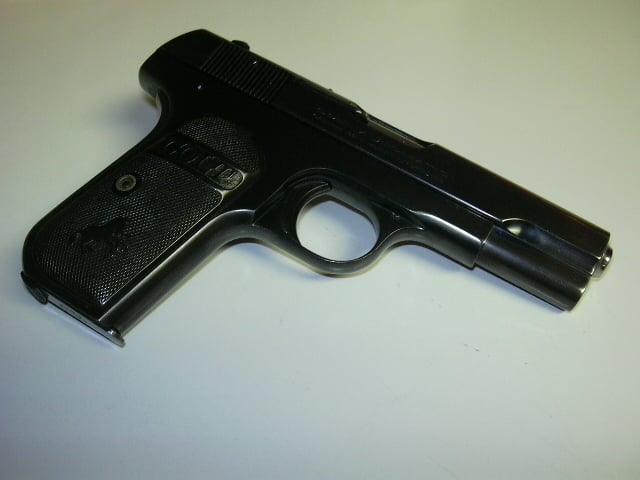 I paid $500 for this re-blued gun in 2006. I bought it to be a "shooter", not a collectible gun. These guns can be highly collectible, it just depends on condition and provenance. In my personal opinion these guns should be worth 2 to 3 times current market value, unfortunately it is just not the case.

I won't be much help in dating one of these guns with a serial number above 543000. REQUEST: If you own one of these Colts from WWII production years and have a Colt Authentication Letter confirming the ship date, please share on my Facebook page.