General John T. Thompson is the inventor of the first commercialized submachine gun made in America. The Tommy gun, now known the world-over and popularized in literature and cinema, was used by both law enforcement agencies as well as organized crime members and petty criminals who gave the historic gun a slew of counter-culture nicknames, including Chopper, Chicago Typewriter and Chicago Piano.

The Thompson submachine gun was known for several distinguishing characteristics, not the least of which were consistency, the ability to take 45 ACP (Automatic Colt Pistol) bullets, and perhaps most critically, an incredible automatic firing capability. With an original design inspired by the need to address ongoing issues encountered during World War I, General Thompson set about to invent what he envisioned as a “portable machine gun” that fired only round caliber ammunition, especially the large 45 ACP caliber. Originally referred to as the Annihilator, its name was soon changed after WWI ended, and thus the moniker Thompson submachine gun, or Tommy Gun, was adopted. 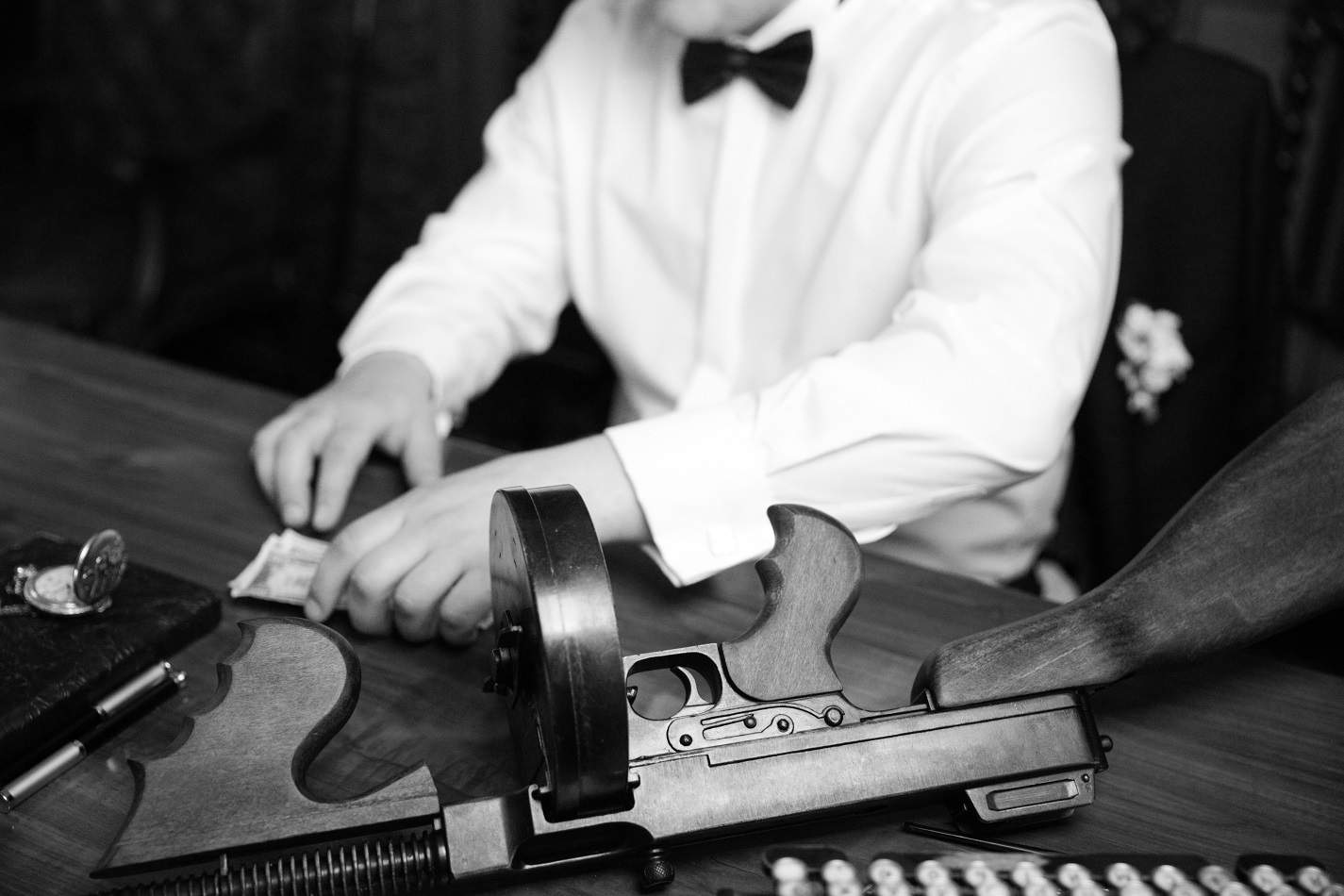 General Thompson worked efficiently and quickly, moving the gun into production in 1921. The biggest drawback of the Tommy gun at that time was the high price tag. The 1921 models sold, but not at the rate or in the quantities that Thompson and his cohorts had forecast, with the majority of purchases coming from government institutions such as police departments. There’s little question that the Tommy gun was a favorite amongst soldiers, police and FBI of the time, as well as organized crime organizations, due in large part to its 45 ACP cartridge and high rate of fully automatic fire.

The Tommy gun has only grown in popularity amongst civilian firearms collectors. This can be credited to its place in pop culture as much as for its historical significance as a tactical weapon. The influence of the Tommy gun in popular culture is especially prevalent in books, movies and stories dating back to WWII, the Prohibition era, and a time when organized crime ran rampant on the streets of certain large metropolitan areas. Although the original fully automatic Tommy guns are no longer manufactured, there are a wide variety of semi-automatic models still in manufacture. Every effort is made to maintain a similar aesthetic quality to the originals, with modifications put in place for compliance with updated laws.