The name Smith & Wesson has become synonymous with firearms the world over. The brand name has benefitted from widespread exposure in Hollywood and in pop culture in general. Clint Eastwood’s Dirty Harry is only one example of a movie that popularized the brand. Countless other examples abound, not the least of which are within the world of mob movies and gangster cinema. In the Dirty Harry example, we witness the Smith & Wesson model 29, a handgun that would become one of the most popular in the world, chambered for .44 magnum. When “Dirty Harry” proclaimed it "the most powerful handgun in the world,” Smith & Wesson couldn't produce them quickly enough to meet the demand.

But let’s go back, first. In approximately 1852, Horace Smith made the acquaintance of Daniel B. Wesson. They each had experience in the industry- Horace having worked previously for the National Armory in Springfield, and Daniel Wesson apprenticing the trade under his elder brother, an experienced and dedicated gun maker. They forged a business partnership and set out to create the first lever action repeating gun that could use a self-contained cartridge. They did not enjoy immediate commercial success, and early on in their careers, made the decision to sell their newly formed company to Oliver Winchester. Within a few years, they were back on their feet and ultimately competing with the Winchester Repeating Arms Company, which quickly released the Smith & Wesson model upon purchase of the company. 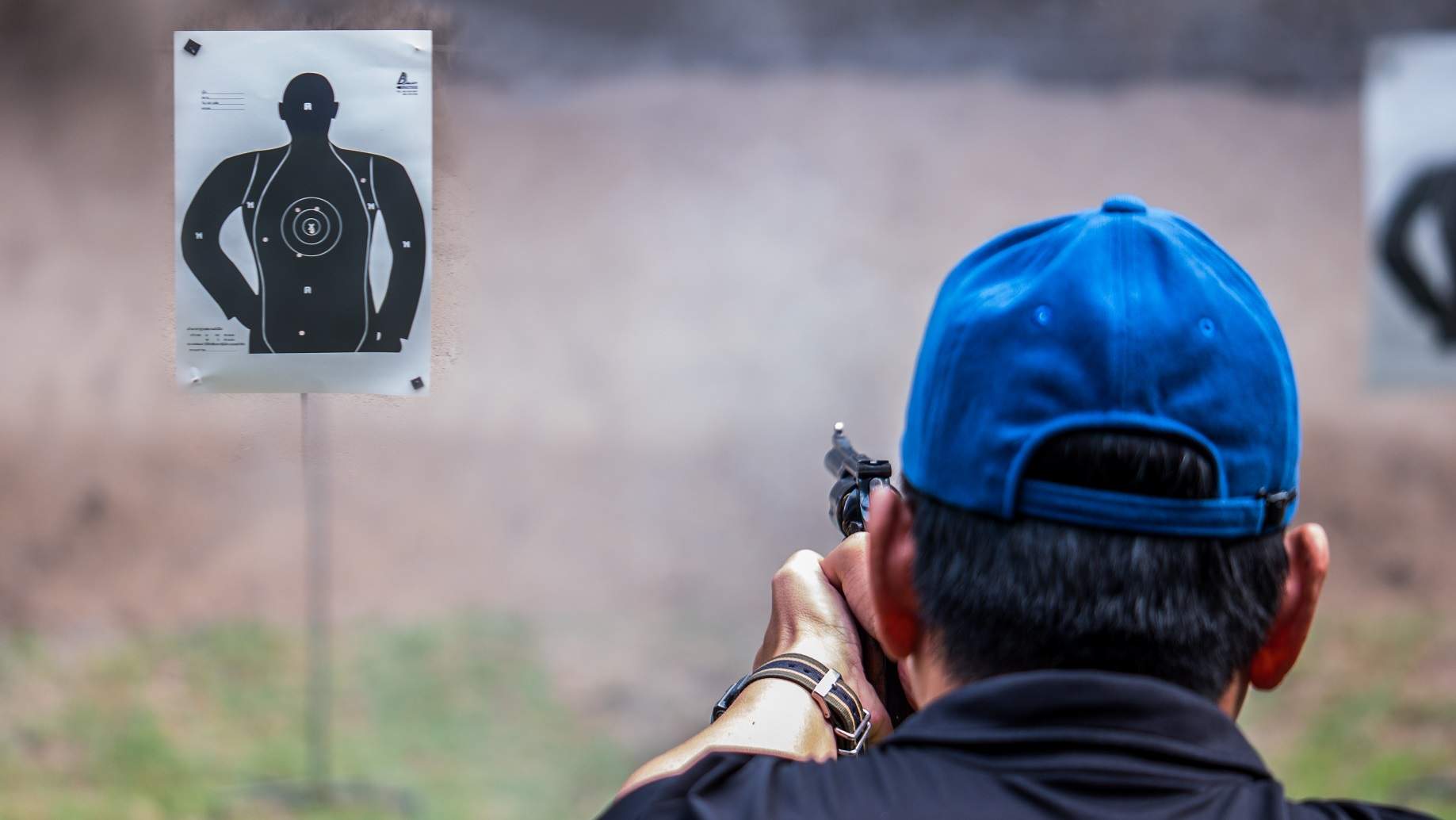 After rejoining four years subsequent to the sale of the company, they had learned valuable lessons and were prepared to take on the industry with renewed commitment. Having already patented a unique and proprietary cartridge in 1854, the Rimfire, they designed a new model that would become the first self-contained cartridge revolver in the world. The name Smith & Wesson finally began to gain the recognition it deserved and the company began a period of accelerated growth. It persisted with its vision of excellence and always seemed to demonstrate a desire to push the bounds of the technological limitations of the day. In 1870, Smith & Wesson revealed a brand new design, called the Smith & Wesson Model 3, which was the first large caliber cartridge revolver. It made Smith & Wesson even more famous and drew the attention of all serious handgun manufacturers. Perhaps the most interesting fact related to this particular model is that it garnered interested buyers, not only from the U.S. Cavalry, but also the Russian Imperial government.

Daniel Wesson became sole owner of the company upon Horace Smith’s retirement. The company has remained in business ever since and continues to serve the needs of its wide variety of customers. Over time, Smith & Wesson introduced a broad selection of handguns, continually implementing innovative techniques and technologies. Near the end of the 19th century, Smith & Wesson produced the first hammerless revolvers, which remain in current production. The 20th century brought more good things for Smith & Wesson, as the company continued to make significant contributions to the development of the firearm industry. For example, they began to manufacture firearms to various police departments, military companies, and even security companies, with the model 10 and 38 Military and Police models. They were becoming leaders in the handgun manufacturing industry.

It did not take long until Smith & Wesson was regarded as a reliable company dedicated to providing safe handguns that could be used for protection. They designed the first Magnum revolver in 1935, a prime example of performance, precision and professionalism, especially for its time. In 1955, the Smith & Wesson model 39 hit the market and was the first double action, auto-loading pistol ever made by an American Company. After only one year after the release of the film, the model 29, (the one that was used by Clint Eastwood in Dirty Harry), was released. The company was enjoying an incredible run of success, especially due to the fact that they were always surprising buyers with new design features and innovations. They also introduced the first stainless steel revolver, the model 60, commencing a new period of achievement for Smith & Wesson.

When Smith & Wesson arms were presented and received favorably at an exposition in Paris, the founders had an idea they had a chance to do something important. They were contacted by the Grand Duke of Russia himself, who had an interest in purchasing their firearms. A global market was opened for guns produced by Smith & Wesson. Amongst other military campaigns, the company would fulfill the U.S. military’s demand for firearms throughout the Civil War. They also focused their efforts on warfare handgun production during the Second World War. They continued innovating and designing in the second half of the 20th century, including defensive equipment for police officers in the event of public riots, night vision products and identifications kits. They became known for producing a series of sophisticated auto-loading pistols at the end of the 1980’s, and went on to manufacture polymer semiautomatic pistols, referred to as the Sigma model.

After 150 years of leadership in the handgun manufacturing industry, Smith & Wesson rolled out a new generation of stainless steels revolvers that feature a combination of aluminum and titanium. They are lightweight and easy to handle. As technology continued to advance, so too did Smith & Wesson firearms. In 2000, they released a new series of Magnums, notable for their light weight and modern characteristics.

Smith & Wesson manufactures a wide variety of firearms but the company has always been best known for their innovative handgun design. To this day, they are top producers of professionally-made handguns, serving police departments and other law enforcement agencies throughout the world. They have also expanded their line of production to include specific models for sportsmen and hunters, as well as collectors. Smith & Wesson also manufactures and sells many other products, including handcuffs, sporting equipment and hunting apparel.

Gun collectors and enthusiasts might like to check out the Smith and Wesson Collectors Association (HYPERLINK to SITE).