The Story of American Carbines

In spite of the fact that the carbine was smaller and less powerful than other firearms, it still managed to remain in the history of American firearms as one of the most popular guns ever used. Many of the actual carbines were similar to rifles, differing in size and velocity. In the 1800s carbines were mostly used by the cavalry and fired the same ammunition as rifles from the same period. If infantrymen commonly used longer and highly effective firearms, the cavalry preferred the shorter and certainly lighter carbine. They needed firearms that could be easily handled in diverse combats and military applications, such as jungle warfare. The disadvantages of carbines were the lack of long-range accuracy and also the shorter range of efficiency. However, for the kind of military operations that the cavalry took part in, the carbine was more than efficient, given the fact that these firearms could also be used from vehicles.

The musket was an important and highly useful firearm but it was not suitable for the cavalry units. What they needed was a firearm that was light to carry and easy to handle. The carbine soon appeared and served to every demand of the cavalry, regardless of it being less accurate and not so powerful. The shortened barrel caused the low velocity of the ammunition but this problem was partially resolved with the introduction of the smokeless powder, which burned faster and increased the velocity. In a short period of time, carbines started to be manufactured apart from infantry rifles and that opened a new universe for the carbines. 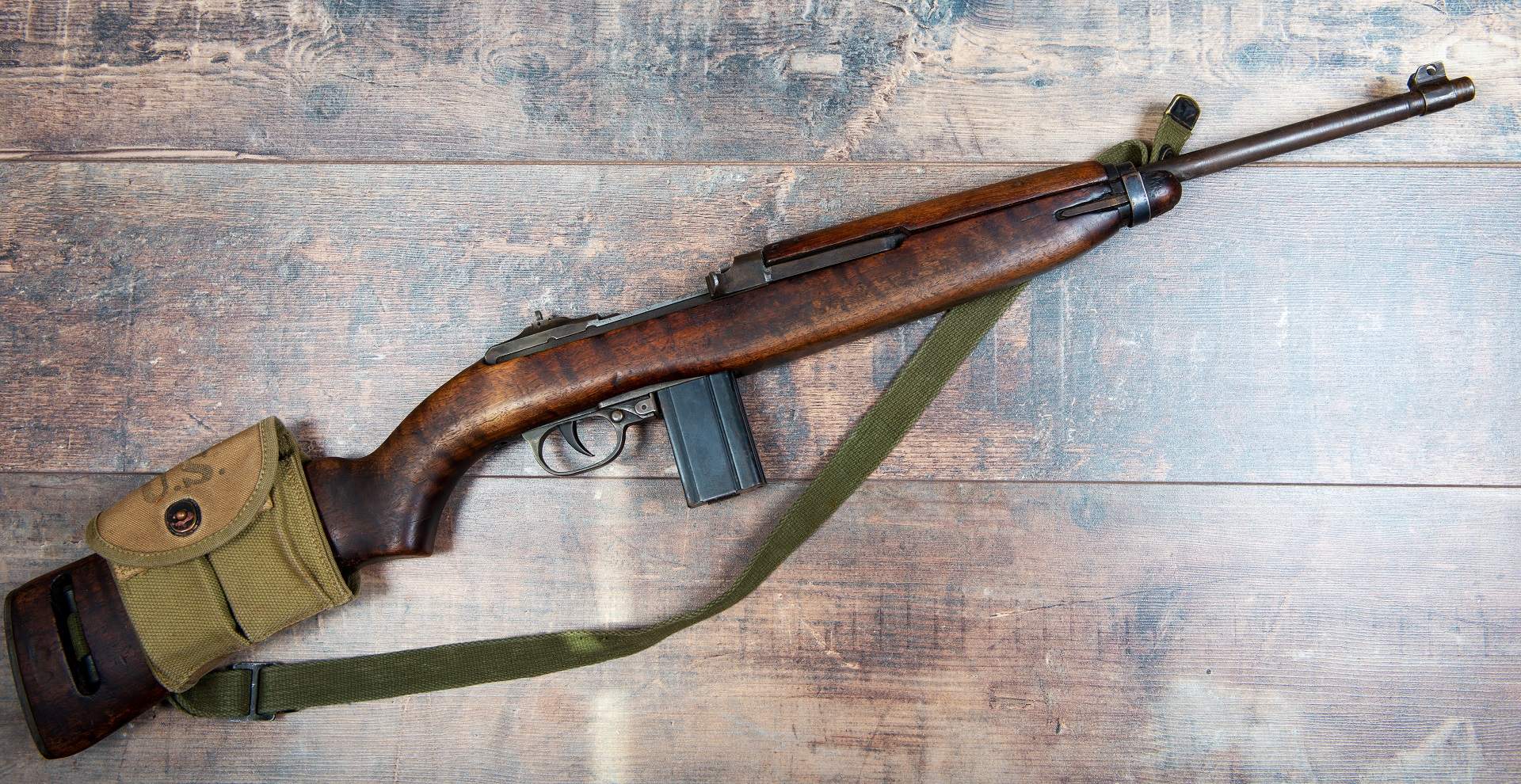 The Spencer carbine became one of the most famous firearms, being especially used in the American Civil War. It had a forward-looking spring powered magazine and a stock with seven rounds. At the close of the 19th century, bolt-action rifles started to be produced in carbine models, increasing the popularity of American firearms. When the Winchester lever-action carbine was introduced, using revolver cartridges, the carbine was regarded with even more favor, especially by cowboys and famous adventurers.

Before the start of the First World War, carbines started to be extensively used instead of long rifles, especially the United States M1 Carbine, a traditional American firearm in its true sense.

It was short, light and had an 18 inch barrel. The cartridges were made especially for the model, being smaller and less powerful. The end of the war brought more recognition for the carbine, being regarded as short and convenient to use. Soldiers liked them because they could be fired from ground vehicles and also aircraft helicopters, not to mention when they were engaged in close-range armed combat. The Second World War saw extensive use of the carbine, the military operations being completely different from the First World War. Historians agreed that World War II was a ‘mobile’ war, soldiers preferring to attack in places where visibility was limited. The United States also introduced the M2 Carbine, an improved version of the M1, firing a cartridge of 7.62 x 33 mm. After the War, carbines were even adopted by the infantry as well, the carbine entering the modern American firearms history.

At the start of the 1990s, the United States military forces introduced the M4 carbine, part of the M16 carbine series.

Just as other carbines, it is lighter and shorter, with reduced range of accuracy and lower fire power. Carbines have also been employed by the United States Special Operations Command and also by other military forces, including the one from Springfield Armory. Latest generation carbine series are also used by civilians, offering them the possibility of self-defense and having at the same time a low wounding power. There are many modern carbines, being just as light and comfortable to handle, using innovative ammunition also compatible with higher power rifles.

Throughout time, the carbine has gone through many changes just as other American firearms have done. There are various types and classes of carbines, some used on a usual basis, others for less common use. The pistol caliber carbine belongs to a special series of carbines, introduced just after the discovery of metallic cartridges. It shares common characteristics with the revolver, firing the same cartridges and being more accurate than other carbine models. Also, it has a higher velocity. The pistol caliber carbine was especially preferred amongst cowboys and law officers of the Old West. The light automatic rifle was the perfect combination between the Winchester lever-action rifle and the Colt Revolver. Today’s forward-looking carbines are mainly represented by the Ruger Police Carbine and by many other models as well. There is an increased demand for such carbines, having improved accuracy and velocity. Other advantages are the higher wounding potential, plus the wide variety of accessories provided. Carbines belonging to the modern era can be equipped with night scopes and even laser optical instruments.

As for carbines that have made the history of American firearms even more known to the world, the Spencer repeating rifle is probably one of the best examples that can be provided. It was a lever-action repeating carbine, using a tube-shaped magazine and was considered as the lighter version of the already prestigious musket. The Spencer repeating rifle was widely used during the American Civil War, bearing the name of its inventor, Christopher Spencer. The American inventor was born in 1833 and he learned the secrets of the trade while working for Colt’s Company. In 1860, he produced the carbine we know today as Spencer repeating rifle. It was specially adapted for the 56-56 rim-fire cartridge and it used black powder for the ignition mechanism. The magazine held 7 rounds, just like in other carbines and soon other versions appeared. These were adapted for other cartridges including the 56-52, 56-50 and 56-46. The weapon was presented to Abraham Lincoln who required a personal demonstration and then went to production. An incredible number of 10000 rifles and carbines were ordered by the US Army and Spencer became an important trademark of the American firearm history. When Spencer’s Repeating Rifle Company went bankrupt due to financial difficulties, the whole business was purchased by Oliver Winchester.

The M1 carbine was the standard firearm used in the Second World War and also at the start of the Korean War.

Several versions were produced, all of them being semi-automatic, light and easy to carry. US military forces used them extensively and so did other foreign military forces. Advanced models were chambered for the 30-06 Springfield cartridge but soon a wide variety of cartridges were implemented for different versions. They were used by various troops, including paratroopers and Marine Corps. Even more modern versions were developed under the name of Winchester, with improved designs and other innovative features introduced. It was a far better defense weapon than the pistol or even the submachine gun, used both in combat and also for personal protection. Infantry officers preferred to use them, being both compact and light. The introduction of the 30 carbine cartridge contributed a lot to the popularity of the M1 carbine, the gun started to be also used by airborne troops and soldiers fighting in the Pacific. The M2 carbine came out on the market as an improved version of the M1, with a selective-fire switch and an option for automatic fire. The M2 carbine was also dispatched to American troops in Vietnam.

The history of the carbine is just as complex and full of significant facts just as the history of other American firearms. They all represent examples of how determined and levelheaded Americans truly are!

Useful Link for Carbine Collectors: Carbines for Collectors - The scope of this web site has changed over the years to not only to cover the carbines, but to cover the Small Arms that were used by many European and Asian countries from the period 1878 to the present.