The Police Positive was actually the first D-frame size handgun produced by Colt. These guns were made from 1907 to 1978 and then revived in 1994 to 1995. I would be surprised to see it revived again in my lifetime. As I write this, I'm thinking of the internal hammer block safety Colt called the "Positive Lock". This gun sold for $175 new in 1977. 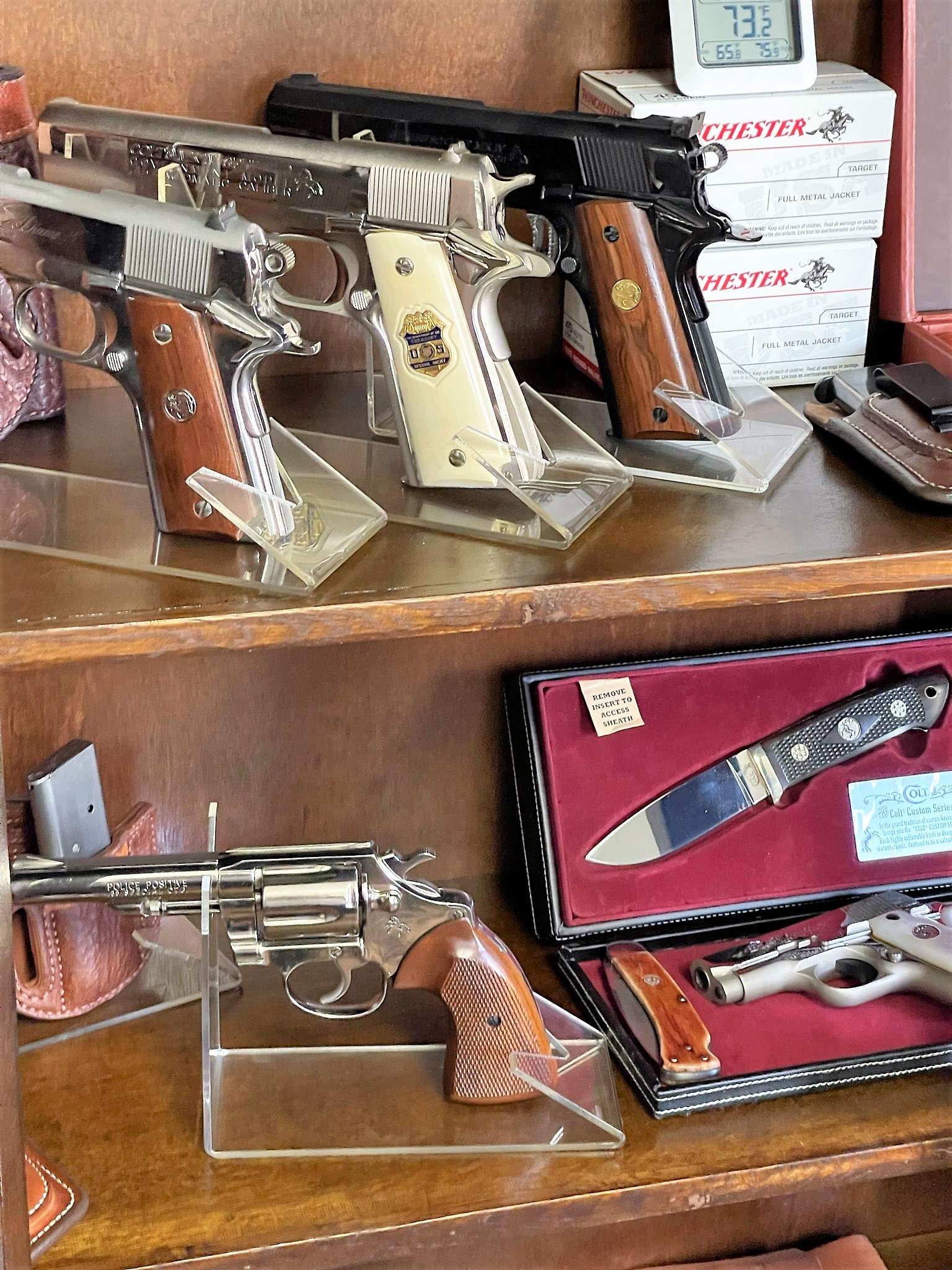 Colt's Positive Lock safety, the innovation responsible for the gun's introduction, functioned by preventing the firing pin from striking the primer of the cartridge unless the trigger was deliberately pulled. Intended to address deficiencies of earlier models such as the Single Action Army, the Positive Lock prevented an accidental discharge even if the hammer was struck or the pistol was dropped, allowing the revolver to be safely carried with all six chambers loaded.

There are five issues or versions of the Colt Police Positive Special.

If you've read my blog, you know how irritated I get at sellers using unwarranted descriptions like "ultra rare", but in this case I think "rare" can be used on a one year production gun. I don't have the inside scoop on Fourth Series sales numbers, but I plan to research and learn as much as I can. My gut tells me this model was not very popular by 1977.

This gun has the distinction of being only the second gun added to my collection without me even considering having a holster made for it. I just don't see me ever carrying this gun. I'll tell you that I was not actively seeking this model when I bought it. I was shopping for something else altogether. As I scrolled passed it, I backed up because a bell was going off, "VIPER." 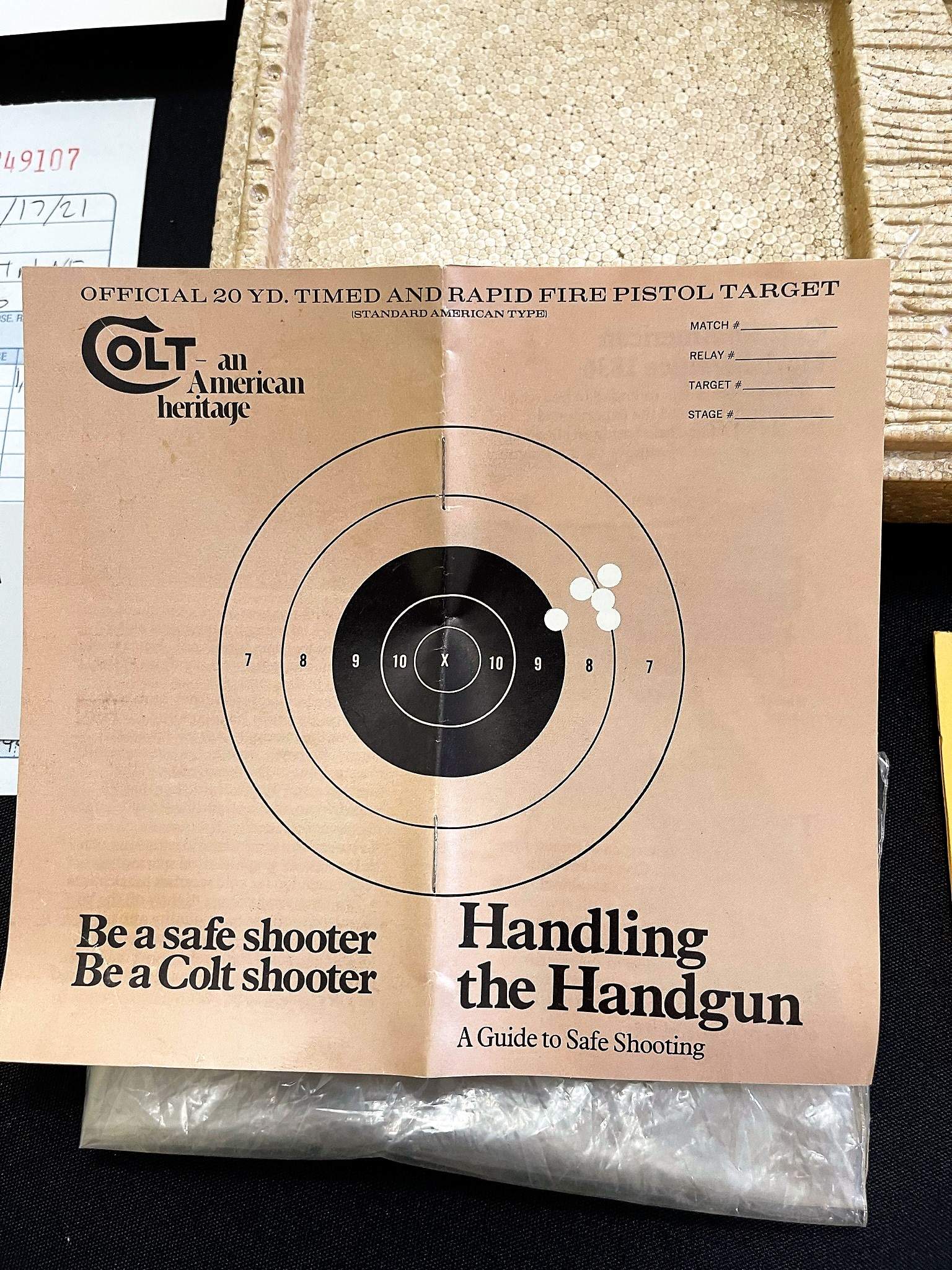 I love the paperwork that came with this one!

If you are still here reading about this old Police Positive, I have to assume that you are a true Colt lover. The Police Positive was very successful. Along with the Colt Official Police it dominated the law enforcement firearms market in the early 1900s. But by the time this Fourth Issue was released in 1977, it was the end of an era.

American gangster Al Capone used a Police Positive, a nickel .38 with walnut grips and a 4-inch barrel, manufactured in 1929. In June 2011 a private collector sold it at Christie's for the sum of $109,080.

The Fourth Issue Colt Police Positive was made for only one year, 1977 to 1978. This D-frame gun has a nickel finish, 4 inch barrel, shrouded ejector rod and is chambered for .38 Special. 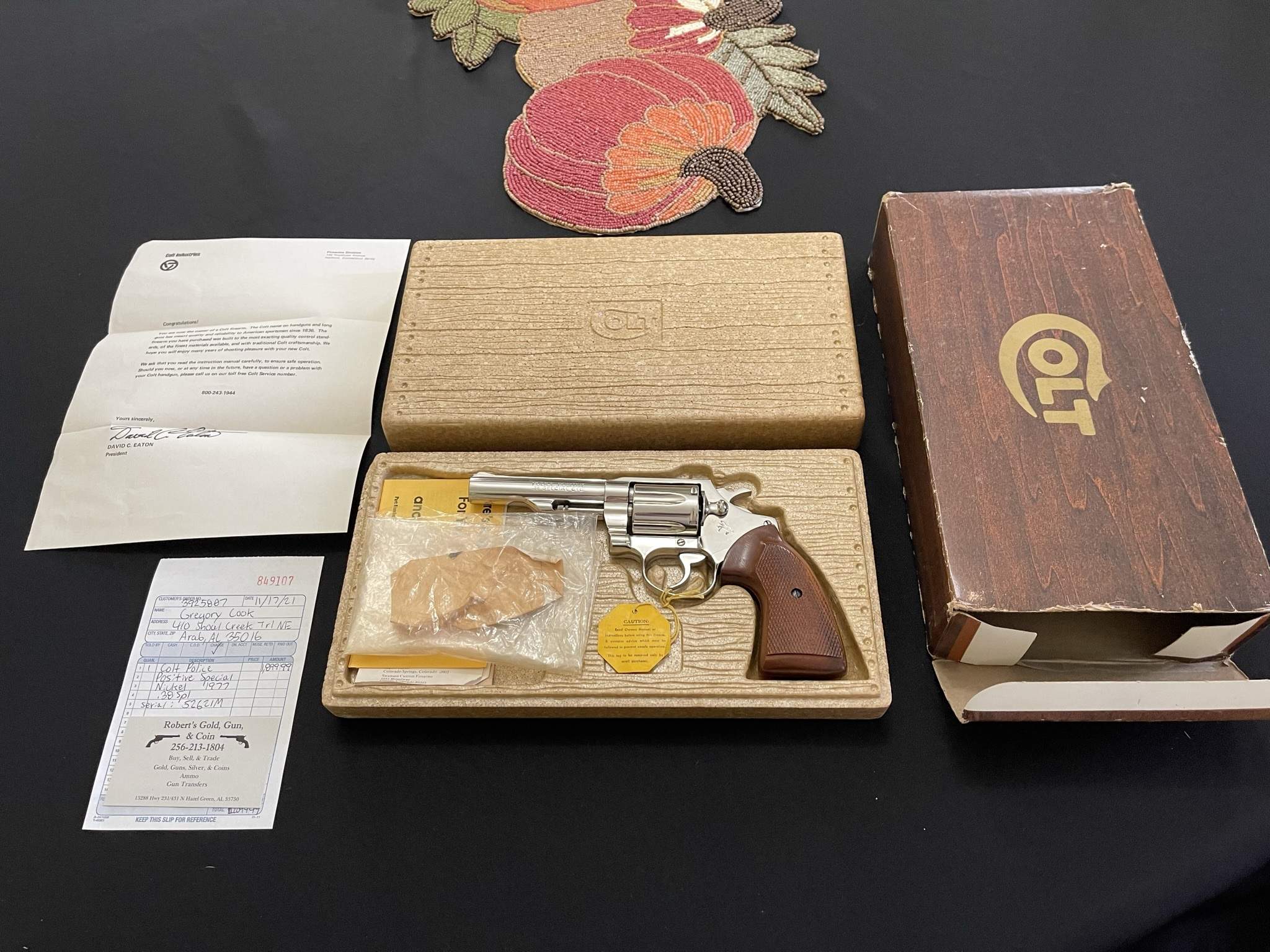 This actually is a very rare find, as the Fourth Issue Police Positive was only produced from 1977 to 1978.

The Colt Viper is an aluminum frame version of this gun.

Bug-Out Bag, Range Bag, Man Bag, Gun Bag or just my backpack, everyone needs one. What guys keep in their bag varies...