John Marlin ranks amongst the most important innovators and inventors in the history of firearms design and manufacturing. The first two models that he produced are still made today and the Marlin brand has maintained the highest standard for quality and performance. Let’s take a look at some of Marlin’s most famous innovations, including some of their most distinguishing characteristics and standout qualities.

The Marlin 1895 model remains amongst the most famous guns ever manufactured by Marlin firearms, with a 22-inch barrel that was specially adapted for the .45-70 cartridge. This gun was designed by C.H. Ballard and was specifically known for its black walnut pistol grip stock. The cut-checkering feature and the swivel studs make this model particularly attractive, not to mention the tubular magazine designed for 4-shots. With an ingenious lever-action mechanism and an innovative block safety, the 1895 Marlin remains one of the most well-known lever-action rifles ever designed. Modern features have made this classic model as popular as ever with gun collectors and enthusiasts.

The Marlin 336 A model was fashioned in the same classic style that was becoming the hallmark of Marlin Firearms. This particular model has a 6-shot tubular magazine and a 20-inch barrel. It is an improvement upon the well-known 336 C model, having undergone minor modifications resulting in a more competitive price. The stock is made from hardwood with the same cut checkering and pivot studs. True firearms enthusiasts will also appreciate a fantastic scope-mount feature. It is a lever-action rifle with side ejection and metal surfaces. The innovative block safety is also present in this model, as well as a special offset hammer spur for range usage.

The Marlin 1894 model is a sporting, lever-action rifle and arguably one of the finest of its kind ever made. Marlin Firearms’ decision to focus on manufacturing firearms for the sporting industry was a lucrative proposition. Utilizing various designs of C.H. Ballard, the company began to produce the first short rifles in American gun history, specially chambered for the .44 Magnum cartridges. The 20-inch barrel, lever-action mechanism and walnut grip stock represent just three of the many well-known features that contributed to the widespread popularity of this particular firearm. Other standout features include a solid top receiver for a scope mount and a ramp front sight. The Marlin 1894 model is an exemplar of quality and high performance that shines as an example of the greatness of Marlin Firearms.

The Marlin 1894 C model featured various improvements that were made specifically for this gun, including chambering for .357 Magnums and .38 special cartridges. The 9-shot tubular magazine and the 18.5-inch barrel are features that also lend to the popularity of this particular model. It is just one of the many lever-action rifles manufactured by Marlin Firearms. The grip stock is made from black walnut and features cut checkering and swivel studs. The Marlin 1894 C model has an amazing twist rate of just over one minute, as well as a plus ramp front sight, hammer front sight and wide scan hood for enhanced vision.

Springfield Armory did not stop there, continuing to innovate and releasing the first officer’s rifle in 1875. Soon after, they began production of carbines, short rifles and bayonet rifles. They were constantly looking to produce firearms that were precise, reliable and effective.

The Marlin 1894 CL model sports a 22-inch barrel and semi-buckhorn rear that have made this model an all-time favorite for many gun collectors. The 1894 CL model features the same walnut grip stock and metal surfaces, but the twist rate is improved and the gun is lighter to carry. The tubular magazine is adapted for 6-shots and the model is adapted for .32-20 caliber ammunition. It retains many of the classic features for which Marlin Firearms has become well known, but gives a glimpse into the future with some thoughtful additions.

The Marlin 1894 FG model is a historic gun that exemplifies the quality of Marlin Firearms. It is fitted with a walnut grip stock, cut checkering and swivel studs and boasts a 20-inch, round barrel, a 10-shot tubular magazine and a lever-action mechanism. It is considered by many gun enthusiasts to be a perfect hybrid of aesthetic beauty and functional precision amongst firearms of its time.

The Marlin 1894 SS model was the first in a series of stainless steel rifles, chambered for the special Magnum 44. It includes a 10-shot tubular magazine that provides incredible firepower and a distinct velocity advantage. If you are a hunting enthusiast, the Marlin 1894 SS model may just be the gun for you. The stainless steel fabrication makes it ideal for use in virtually any weather or climate. The walnut grip stock is ideal for easy handling and the increased accuracy is an obvious plus for sportsmen and hunters. This lever-action rifle has hammer block safety, cut checkering and side ejection. The twist rate is lower than in other 1894 models but the SS model compensates for this with many other equally appealing features.

The Marlin 1894 Cowboy model was a special rifle made especially for cowboys, or perhaps better said, to take advantage of the craze sweeping over the nation in regard to the legend of cowboys on the frontier, that would only grow in prevalence into the early and middle part of the 20th century. The Marlin 1894 Cowboy was specially chambered for the .45 Colt, .357 Magnum or .44 Magnum. It is an elegant and powerful weapon. Its features include a pointed octagon barrel, walnut stock grip, a squared finger lever and side ejection. With this model in hand, you’re really able to summon your inner cowboy and hearken back to a time long ago, out on the range. 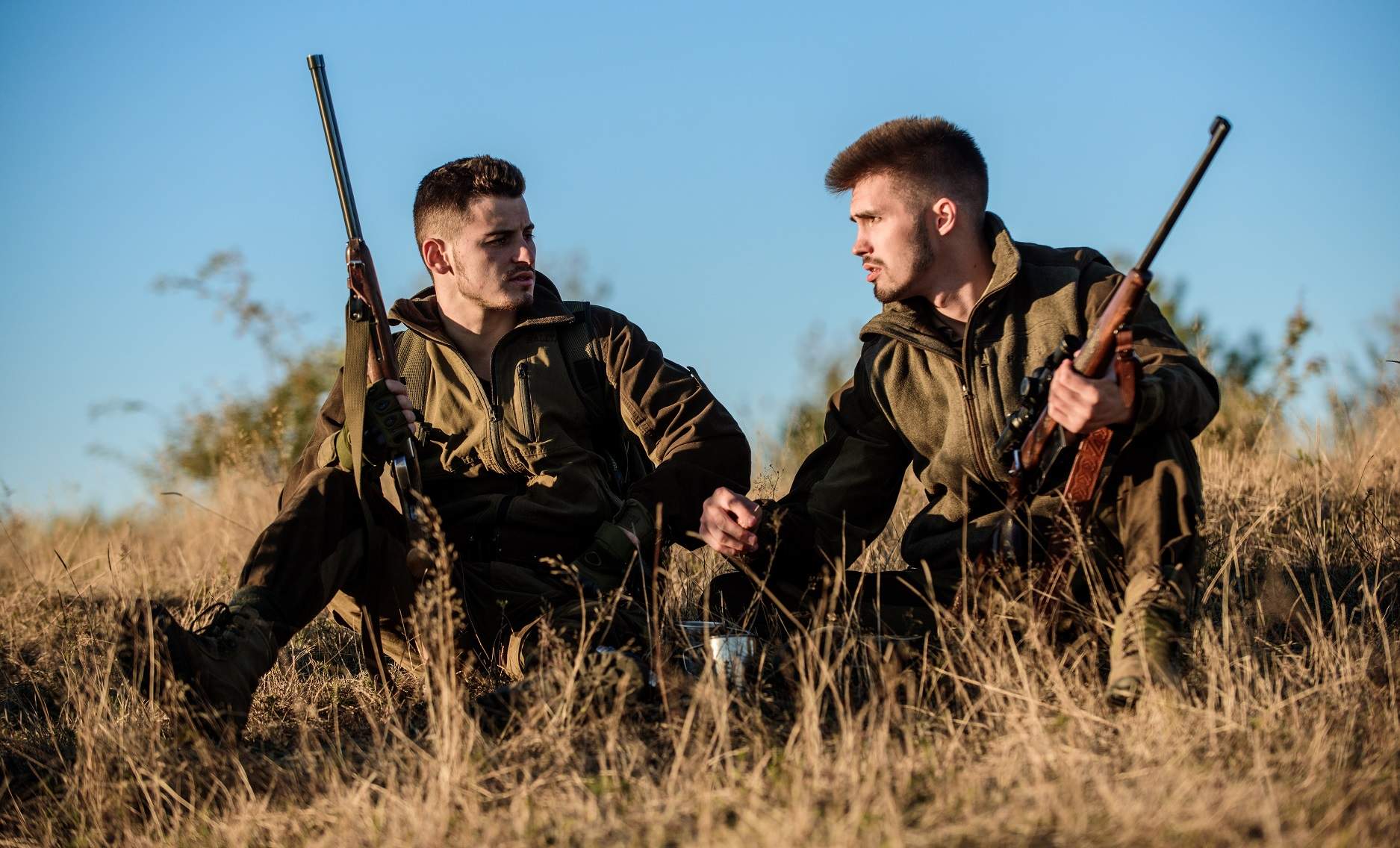 The Marlin 39 model represents an improvement upon the original 1891 design, which happens to be one of the oldest shoulder firearms currently still in production. The first rifle that John Marlin produced was chambered for the renowned .22 cartridge and has grown into something of a legend over time. Many consider the Marlin 39 model a standard bearer for every firearm chambered for the .22 cartridge that would follow it. The solid top receiver and general durability of this model combine with attractive attributes such as a hammer block safety, a finely crafted black walnut grip stock, and a functional design that allows for easy disassembly.

The Marlin 717M2 model is a standout example of one of Marlin’s most modern and forward-thinking inventions. The 717M2 is durable, functional and attractive, boasting an 18-inch barrel and a hardwood grip stock. It is an auto-loading carbine with a rim-fire system and scope mount features. The 717M2 is considered by many to be the ultimate rifle, in terms of its wide range of features.

If Marlin has begun to grab your attention and you are interested in learning more about their modern offerings, you may also like to check out the 912M2 model with a repeating bolt-action mechanism and a 22-inch barrel. The innovative T900 model features a control system for impressive firepower and a 7-shot magazine. Marlin Firearms is not only a key player in the history and development of firearms design and manufacturing, but they also remain an important fixture in the world of gun production today.

Explore The Marlin Firearms Collectors Association – The purpose of the Marlin Firearms Collectors Association is to organize and maintain a membership for educational, charitable, scientific and literary purposes; to promote friendship and camaraderie amongst those interested in the collecting and study of Marlin-made firearms; The holding of regularly scheduled meetings for the sake of conducting the Association business, to display and exchange artifacts and disseminate information on Marlin arms; to collect, research and preserve arms for posterity.