Have any of you thought about taking a count of your ammo?

The thought never crossed my mind, until recently.

A day at the indoor gun range with my son, son-in-law and the son-in-law's brother can easily expend 400 rounds of ammo. Nowadays that's not an inexpensive proposition. The good news is, I try to draw from my oldest stock first, which means that it is ammunition that was likely purchased several years ago at prices far lower than today.

"My favorite ammo is Winchester Silvertip. Has been for years."

The bad news is that replacing those rounds in my arsenal costs 3 to 4 times what it used to. I'm not a "prepper" but I have always maintained a good supply of ammo in the calibers for all of my handguns and long guns. 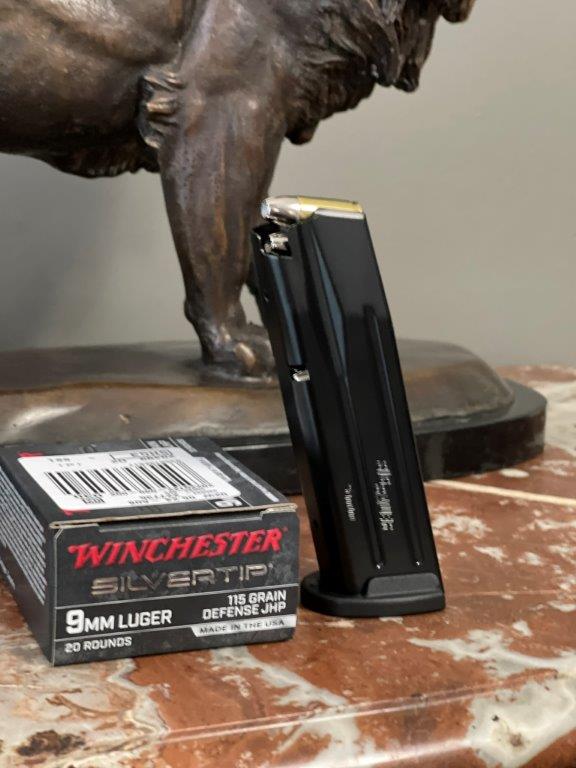 Just for the benefit of any readers not familiar with the term "prepper", a prepper is a person who believes a catastrophic disaster or emergency is likely to occur in the future and makes active preparations for it, typically by stockpiling food, ammunition, and other supplies.

Earlier, I alluded to the thought of taking inventory. As I contemplated the idea, I realized that I can't remember ever actually counting my ammunition. After all, that would seem like work, but it may be something I need to undertake. 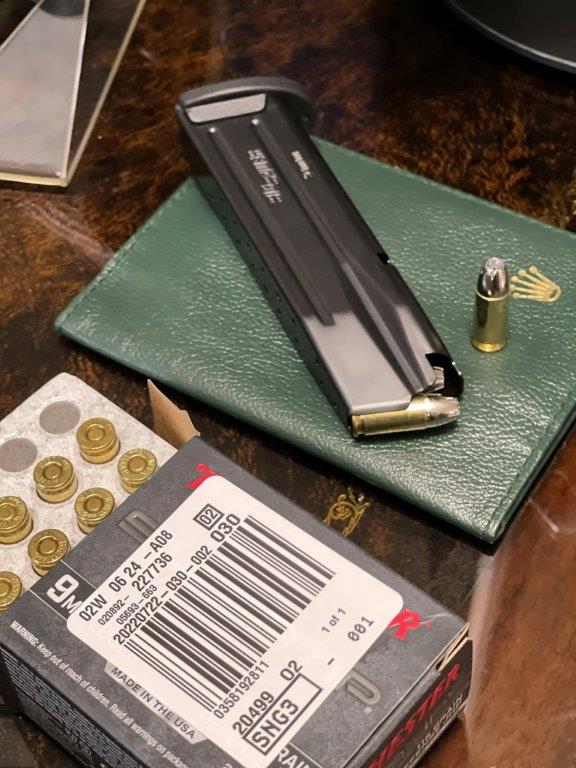 After recently acquiring my first 9mm handgun, I was forced to buy ammo.

There are several lots of common rounds in my collection for which I have no gun to fire them in. But I never bought any 9mm because I never thought I would own one. After the Sig P320 was chosen to replace the Beretta M9 as the United States Armed Forces' main service pistol, I bought one to see what the striker-fired gun was all about. 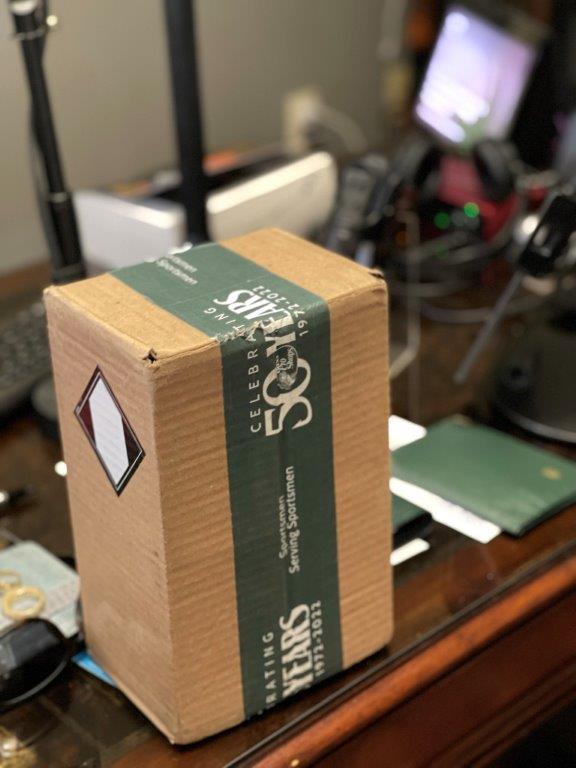 When it comes to shopping I must be one of the worst shoppers ever. The Cabela's store is 38 miles from my home and I saw that they will ship my ammo to me for $5, so I ordered it online to be delivered. After adding the $5 shipping cost and sales tax of $2.07, my total was $25.06 for 20 rounds.

We won't be firing off 400 rounds of this ammo at the indoor range! I wish I could predict the future, but I can't. I don't know if prices will come back down to pre-pandemic rates anytime soon. But I do know this. I've seen the cost of certain ammo online at $2 to $3 per round. That's insanely expensive. 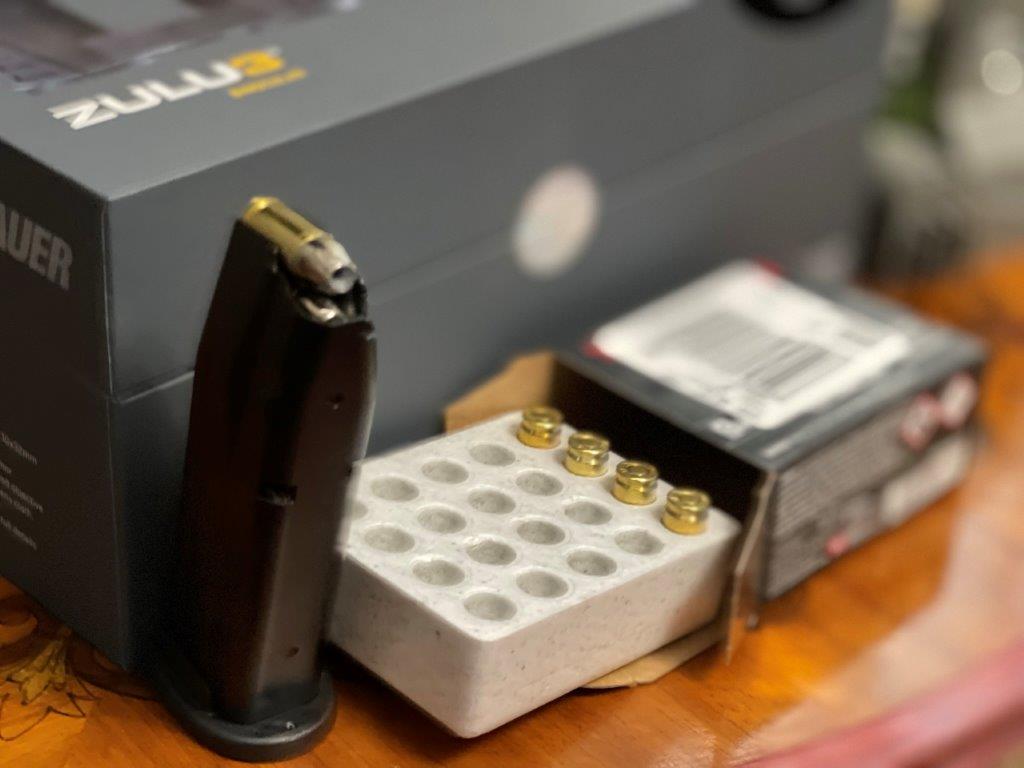 My order was placed on a Thursday morning and my package arrived via FedEx on Sunday afternoon at 1:47 pm! The entire transaction was fast, smooth and easy. And to top it all off, I was finally able to use a gift card one of the kids had given me last Christmas.

The new Sig Sauer P320 AXG Classic utilizes 17 round magazines. When I had the best custom-made holster that money can buy made for the gun, I also commissioned a double mag carrier. Quick math tells me I need 52 cartridges, 1 for the chamber and 51 to fill the 3 17-round magazines. If I buy 3 20 round boxes, I will have 8 rounds left over. There are some really cool ammunition storage cases on Amazon, designed specifically to safely store ammo.

Have you ever wondered why they sell hot dogs in 10 packs, but they sell the buns in 8 packs? After squeezing 16 rounds into my new magazine, I had 4 rounds left in the box. I've read that after a couple of weeks, getting that 17th round in there for the first time goes a lot easier. Then I will have only 3 loose rounds left over. 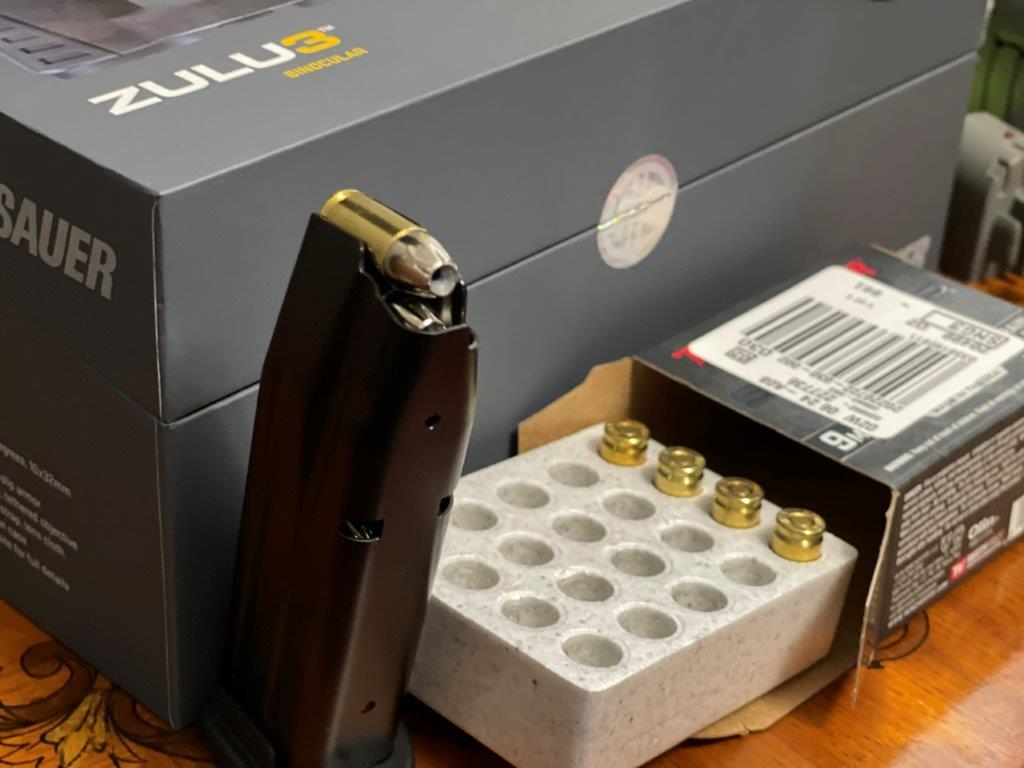 My favorite cartridge for my new Sig P320 is the Winchester Silvertip 9mm Luger 115 Grain Defense JHP shown here. At $1.25 per round they won't see much range time.

After Scoring a Good Deal for the 9mm, I took a Soaking on my .410 Ammo 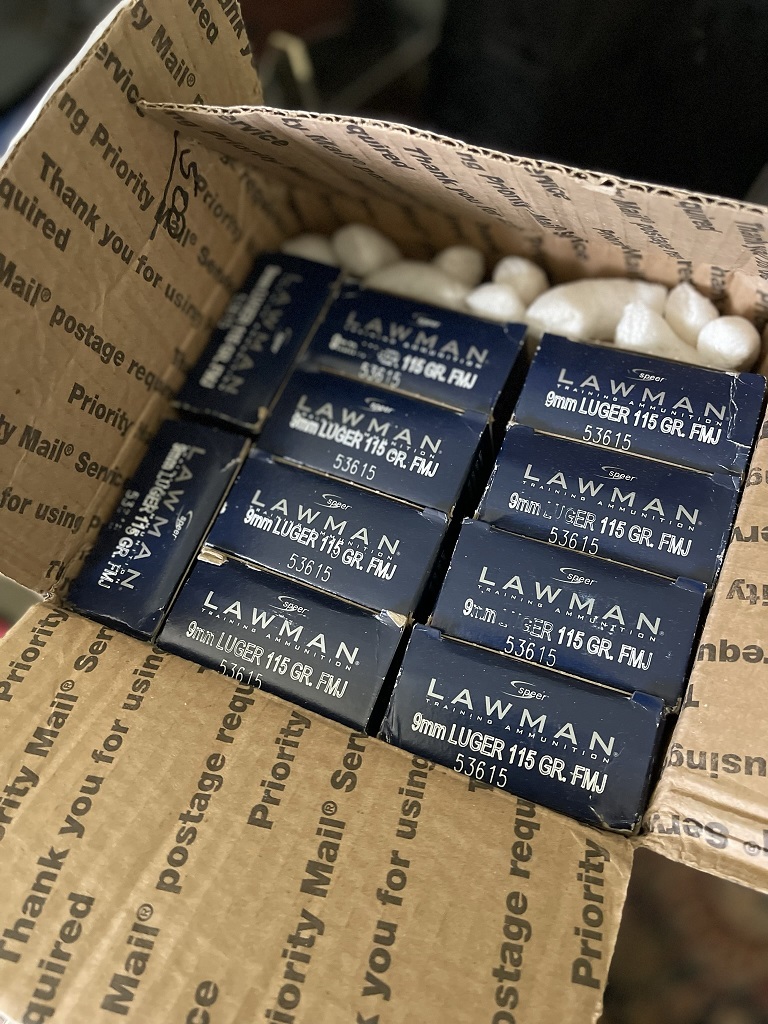 At that price, the cost of going to the indoor range will be 38 cents per round. That is far better than the cost of the carry ammo. 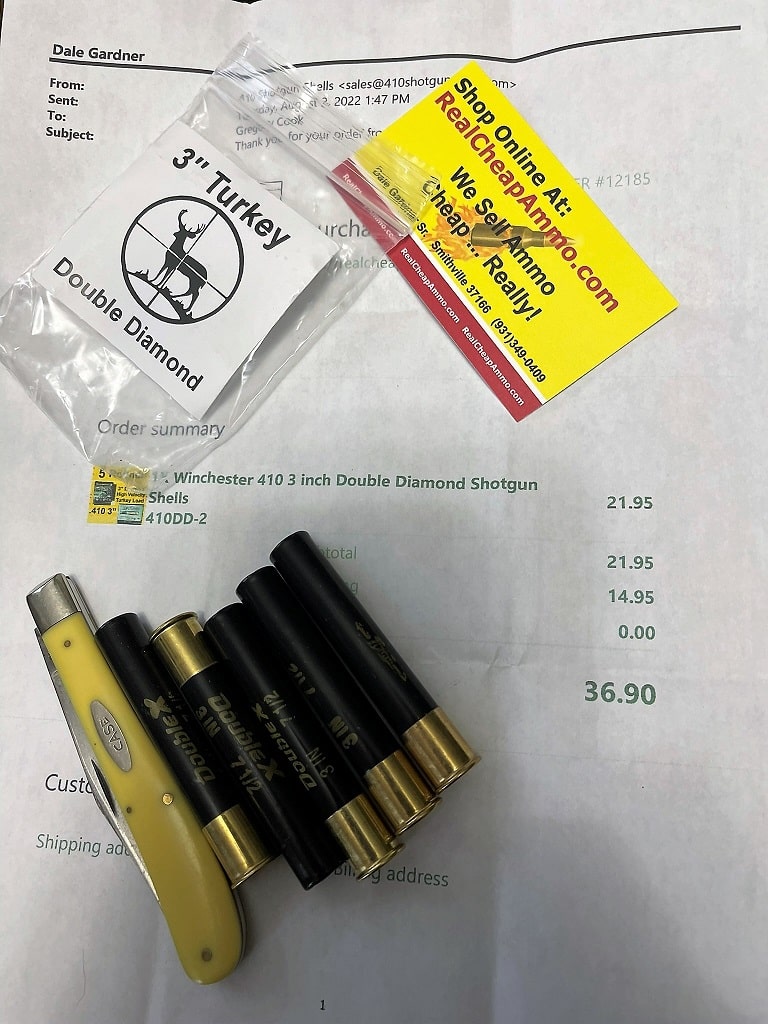 Then I bought a few cartridges for my old Winchester Model 42 and got a rude awakening. They were $36.90 for 5 rounds or $7.38 each! You can buy two whole turkeys at the grocery store for less than these five shotshells. What is this world coming to?

Are people regularly paying these prices? I've got to get out more, and talk to people. I likely have a lifetime supply of 12 gauge ammo and haven't purchased any since well before the pandemic hit in 2020. Realizing the .410 shells would likely be more than 12 gauge, I was prepared to pay more, but not this much more.

Reloading my own has never interested me, but I might consider reloading if these prices don't taper off. While I was shopping, I found some #6 shot at a far lower price, but it was out of stock.