Does it really work?

When I first began reading about Back-Bore and Over-Bore technology, I was skeptical...

Browning makes such a good case for it, that I decided it would be worth the Four Grand investment just to see for myself, first-hand, so to speak.

The stakes would be high and I knew it. I'm not referring to the cost of the gun. Oh no! What I'm thinking of, is the laughing stock I might become when Jimmy out-shoots me with his 50 year-old, $250 Franchi. Or worse yet, his 13 year-old grandson beats me with a $75 short barrel 20 gauge.

"My 8-year-old granddaughter said that some old, fat, dude that lives in Ohio invented Over-Boring."

Admittedly, shooting small paper targets placed at 30 yards with a shotgun involves a certain amount of luck. However, the right performing gun and a modicum of skill, play key roles as well. 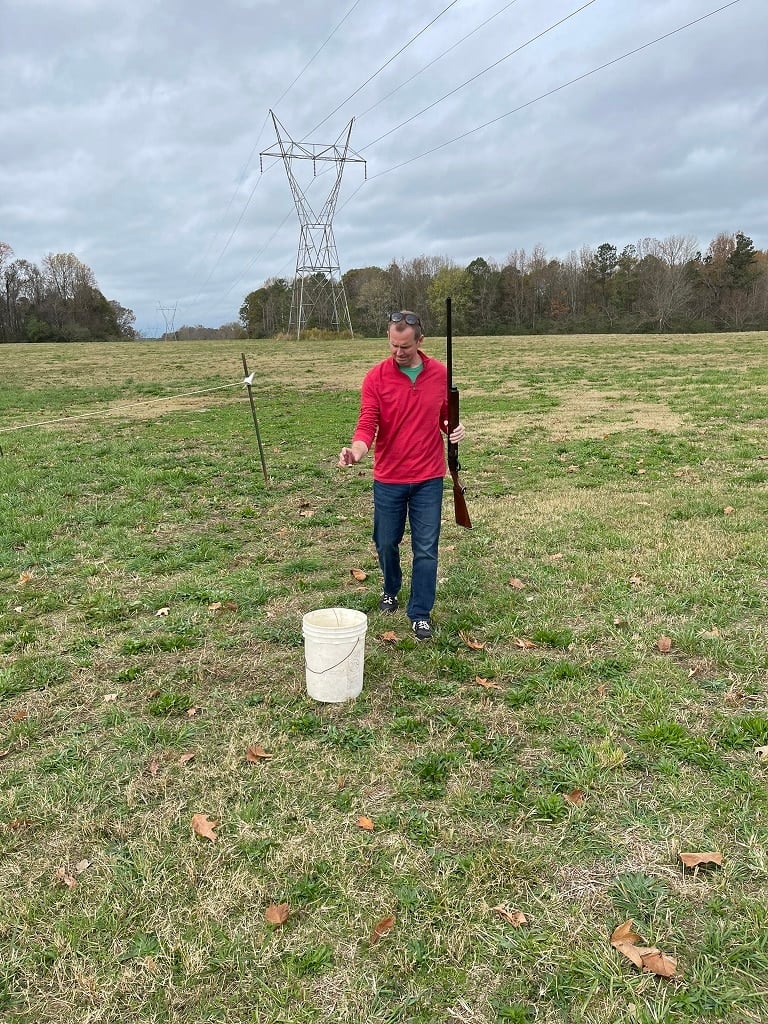 Chris with his Remington 1100

Oldtimers like me, throw out sayings all the time like, "If it ain't broke, don't fix it." 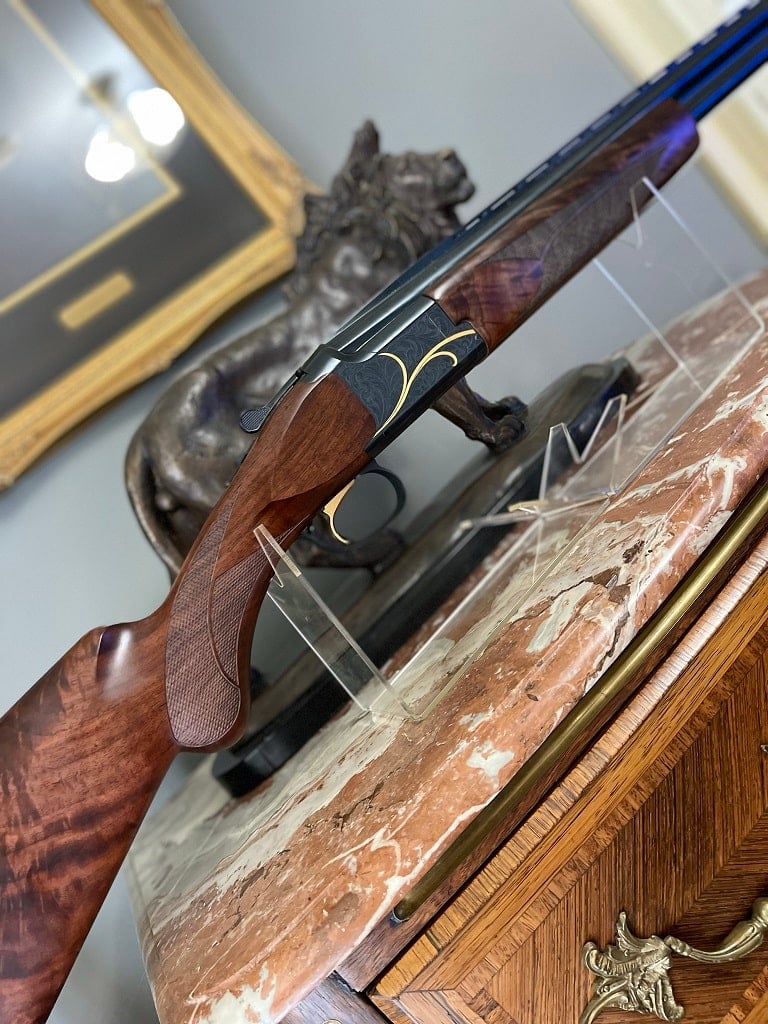 Sometimes we're right, sometimes we're wrong. At my age, I need all the help I can get. After attending the first Turkey Shoot this season, I realized that the sight in my right eye was very blurry. I made an appointment with my eye doctor and now I have an appointment to get an injection in that eye on Thursday of this week. We had a syaing when I was a child that had a line about "stick a needle in my eye", well it looks like I'm about to have it done to me. 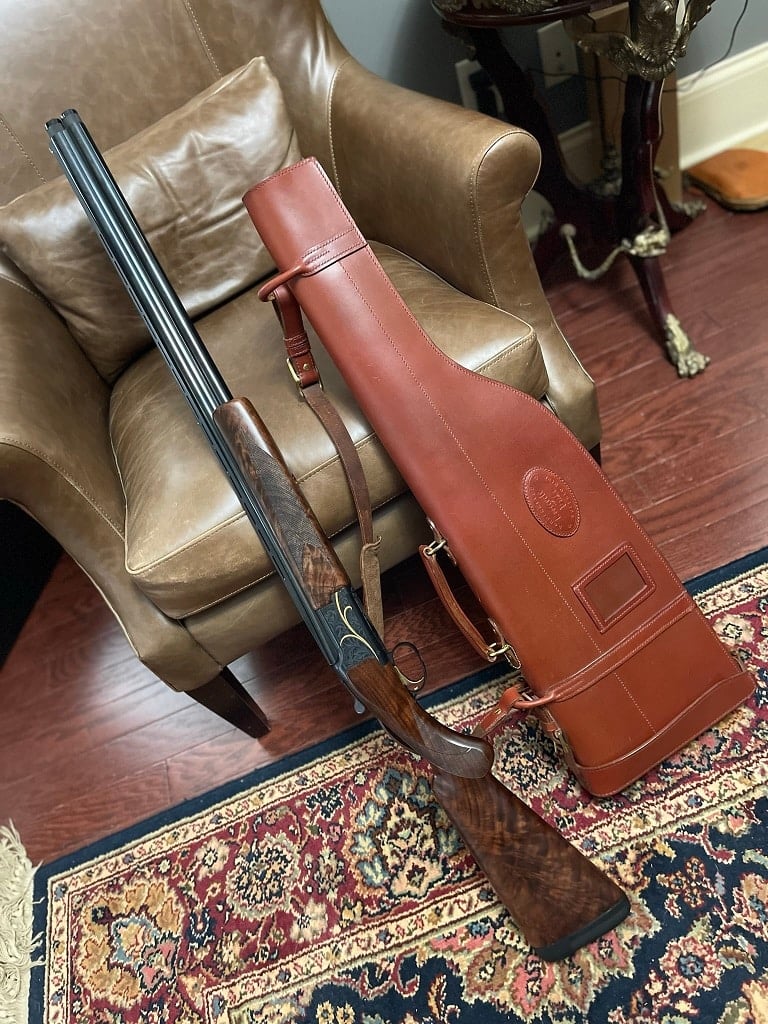 My new gun is a Browning Citori Gran Lightning. It uses the Midas grade Invector-Plus choke tubes. The buffalo hide case was made by Roosevelt & Drake. I bought that case sometime between 2000 and 2006 and put it up, knowing one day I would have a gun that would fit it.

Evidently, the whole premise behind back-bore, is that the over-bored backend of the barrel to 0.742" will result in a better pattern on the target, even if the constriction from the choke tube measures only 0.034" or 0.708" at the opening as a Full Choke equivalent. 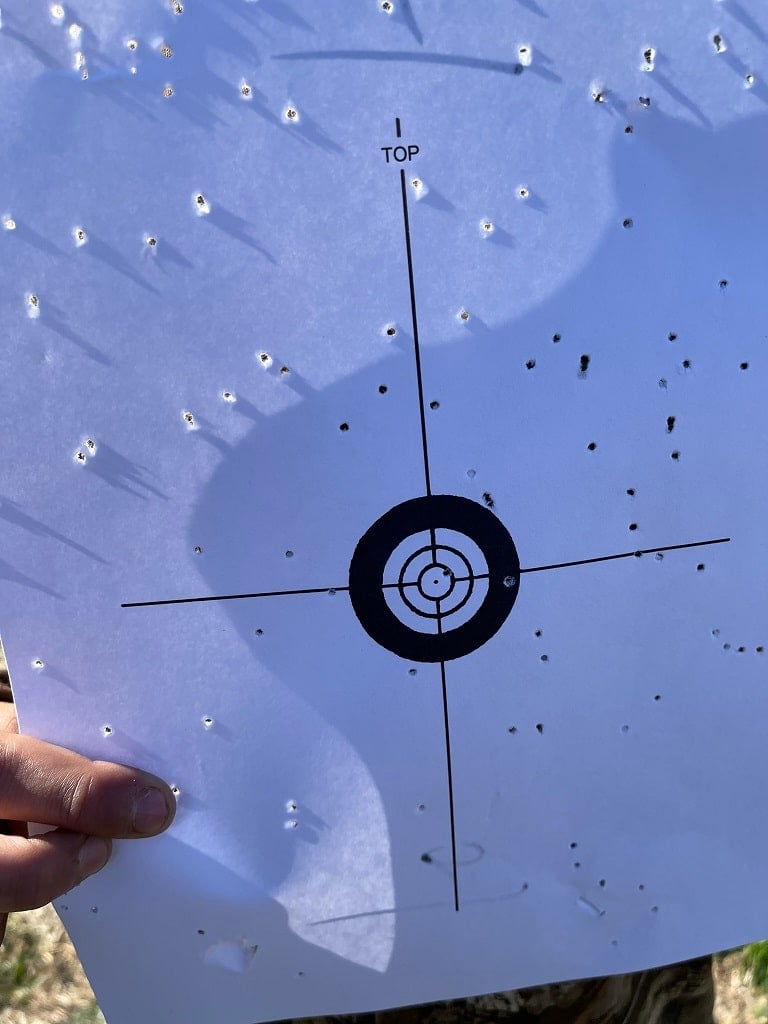 If this over-bored, back-bore stuff will work, I will prove it. Let me get my eye fixed and play with this thing. I ordered an Extra Full Choke Tube that just came in and when I measured it, it still measured less than Full Choke. I understand that just measuring the opening is about as scientific as dropping a dime in there, but I'm still skeptical.

At this point, I've fired the gun 12 times over the course of two weekends. That's not enough real-life testing to draw a conlcusion. After I get that shot in my eye Thursday and return to the range Saturday with the Extra-Full Choke Tube, I will report back.

Confession time, I really like this over-bored shotgun. I like the way it handles and shoots. I really wish I were not having right eye problems. I suspect that my poor performance has more to do with operator than equipment.

My MOS when I served in the United States Army was 76Y. For you non-military readers, the Military Occupational Specialty of 76 Yankee means that I was a Unit Armorer. While on REFORGER 85, I trained with German Paratroopers and qualified as "Expert" with the German G-3 rifle, the Israeli Uzi 9mm sub-machinegun and the 9mm handgun.
Back To Top